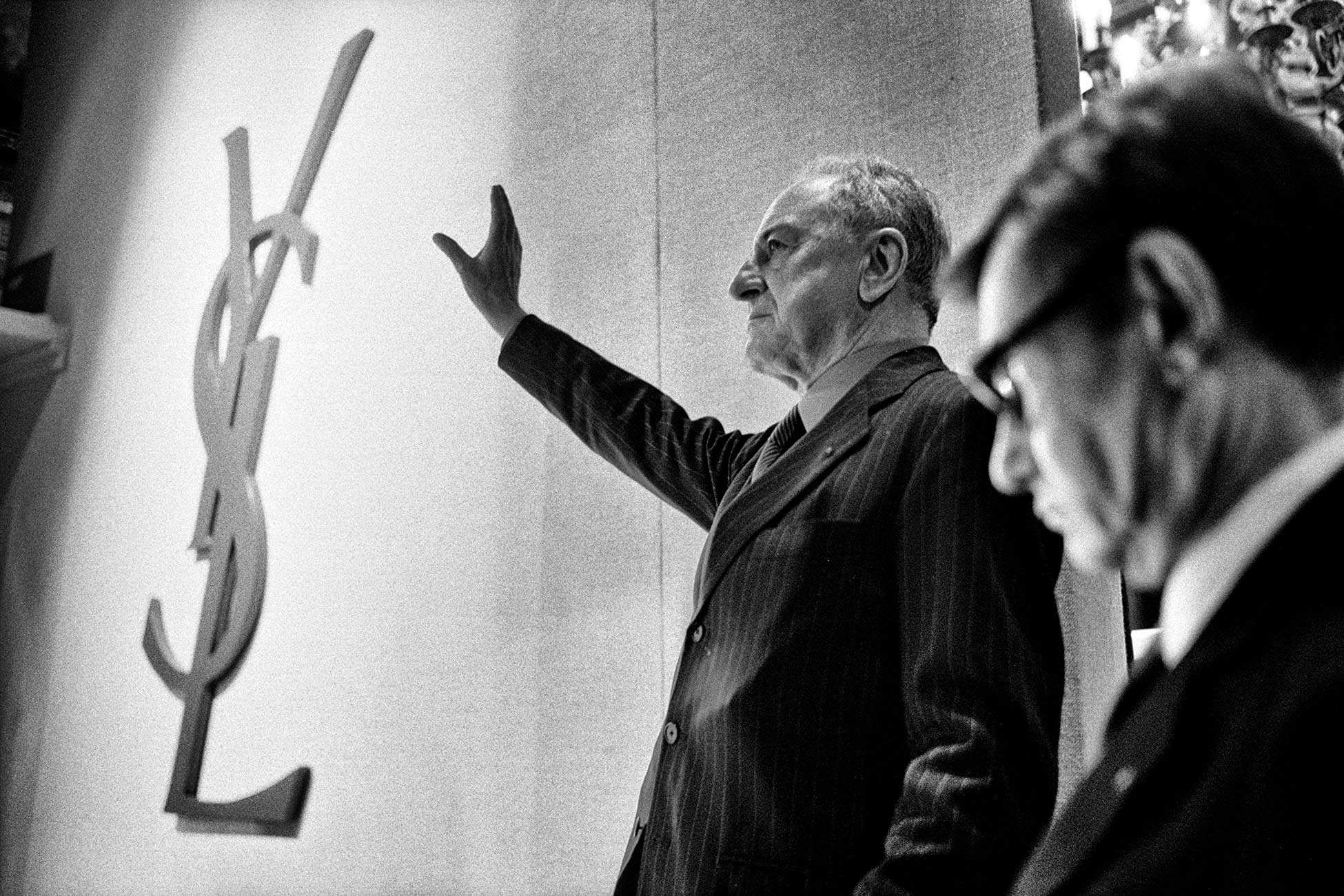 Directing operations; Bergé and YSL in the wings. 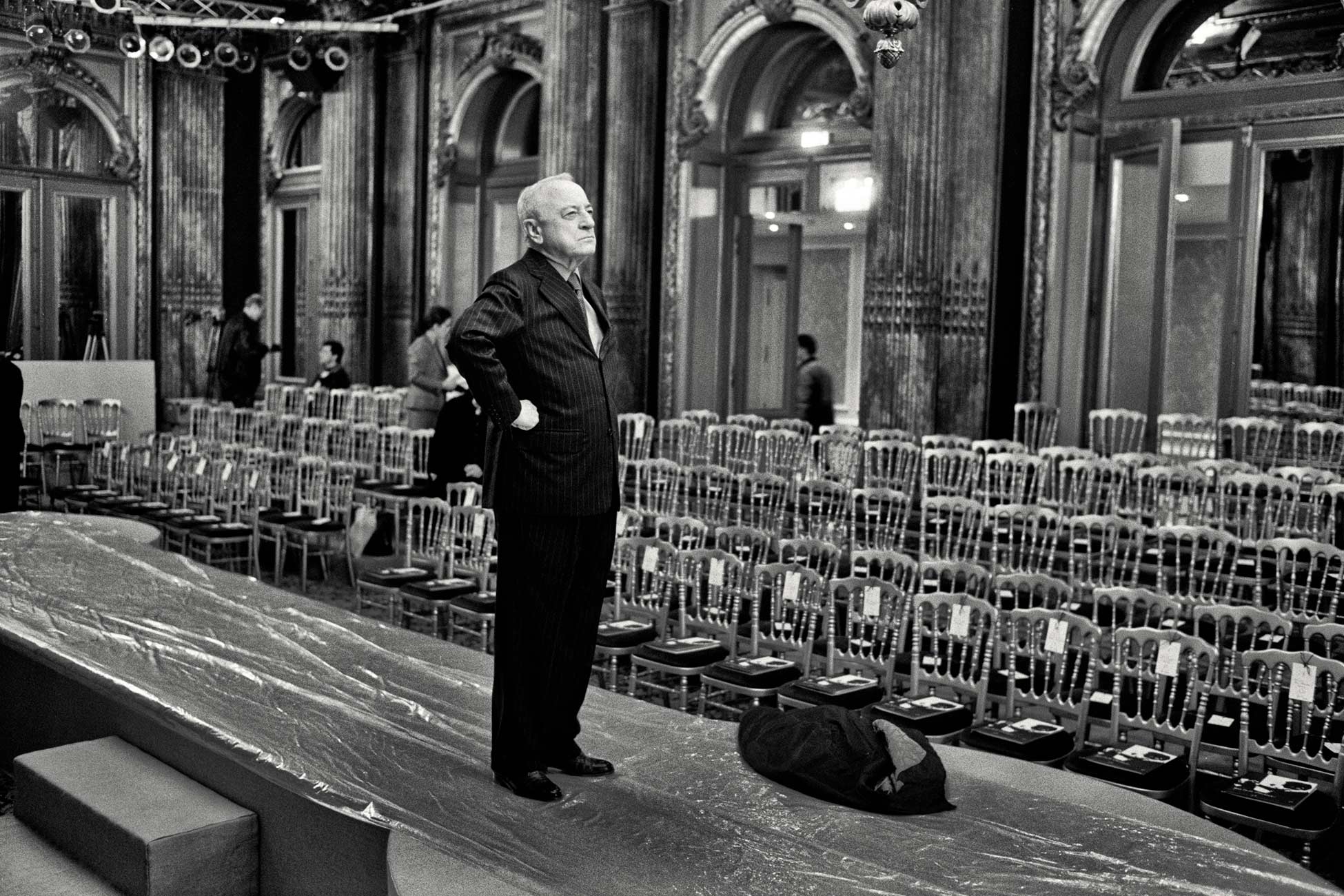 Pierre Bergé surveys the arrangements at a haute-couture show in the Hôtel de Crillon, Paris. 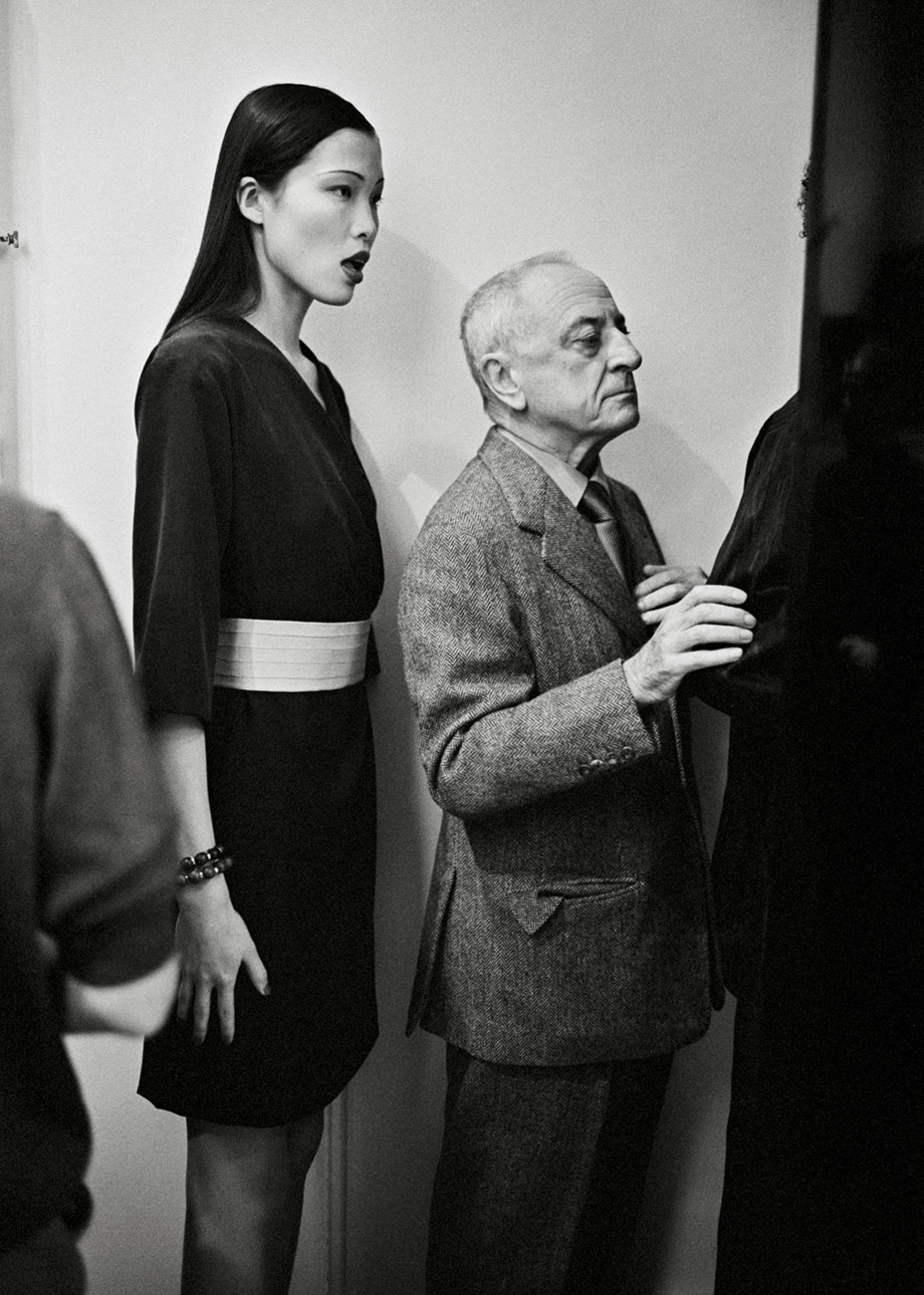 A Japanese model waits behind Pierre Bergé at a haute-couture show, Paris, 1997 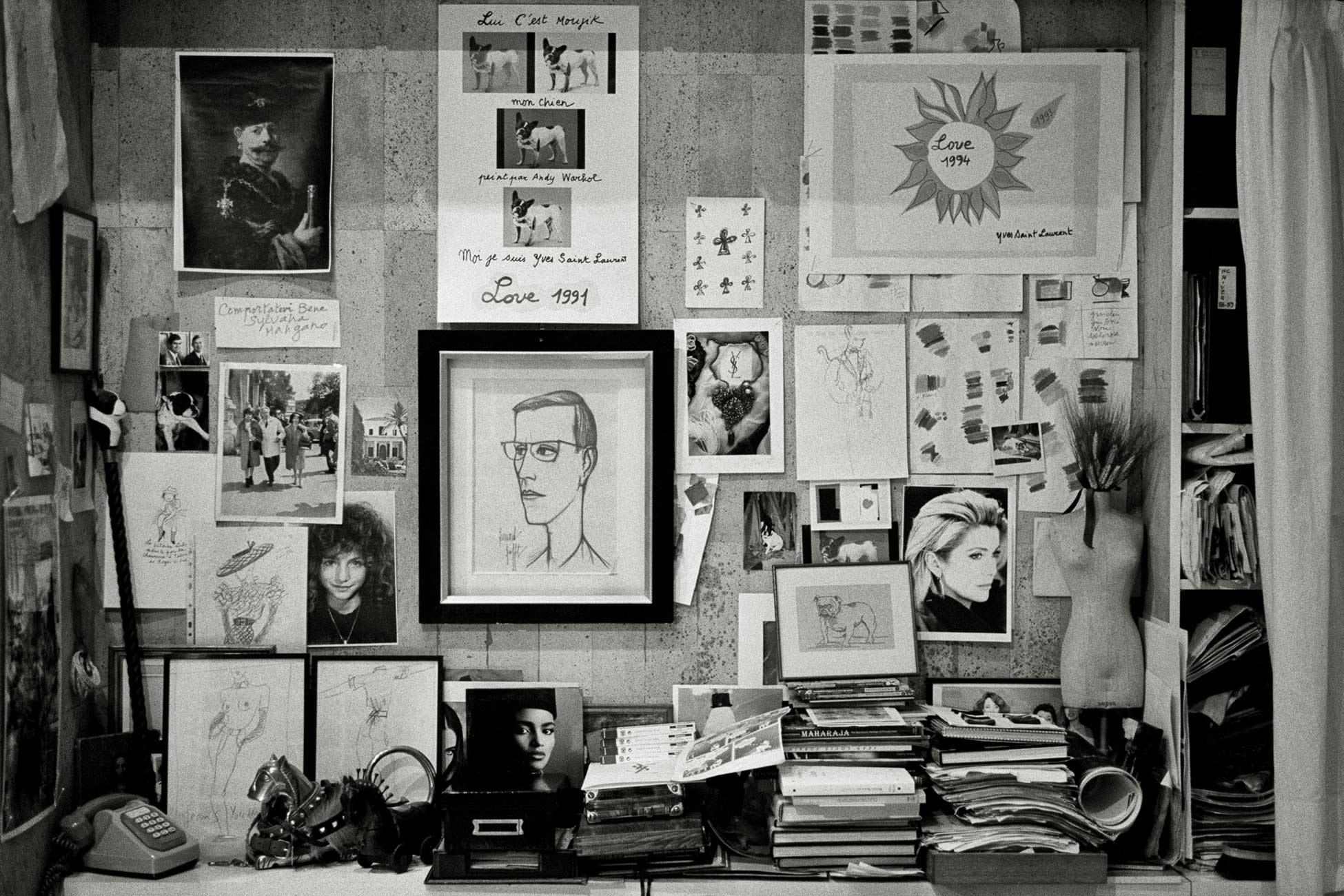 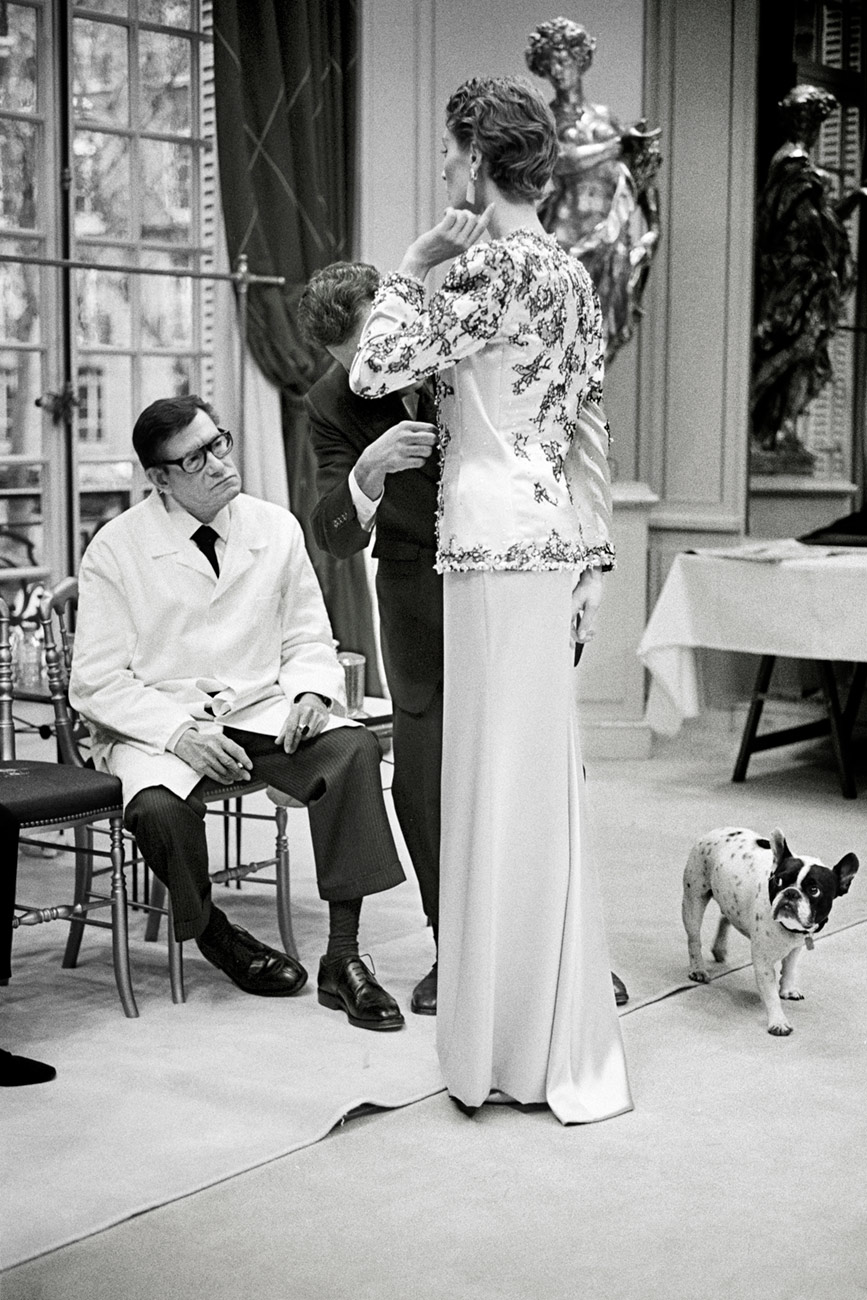 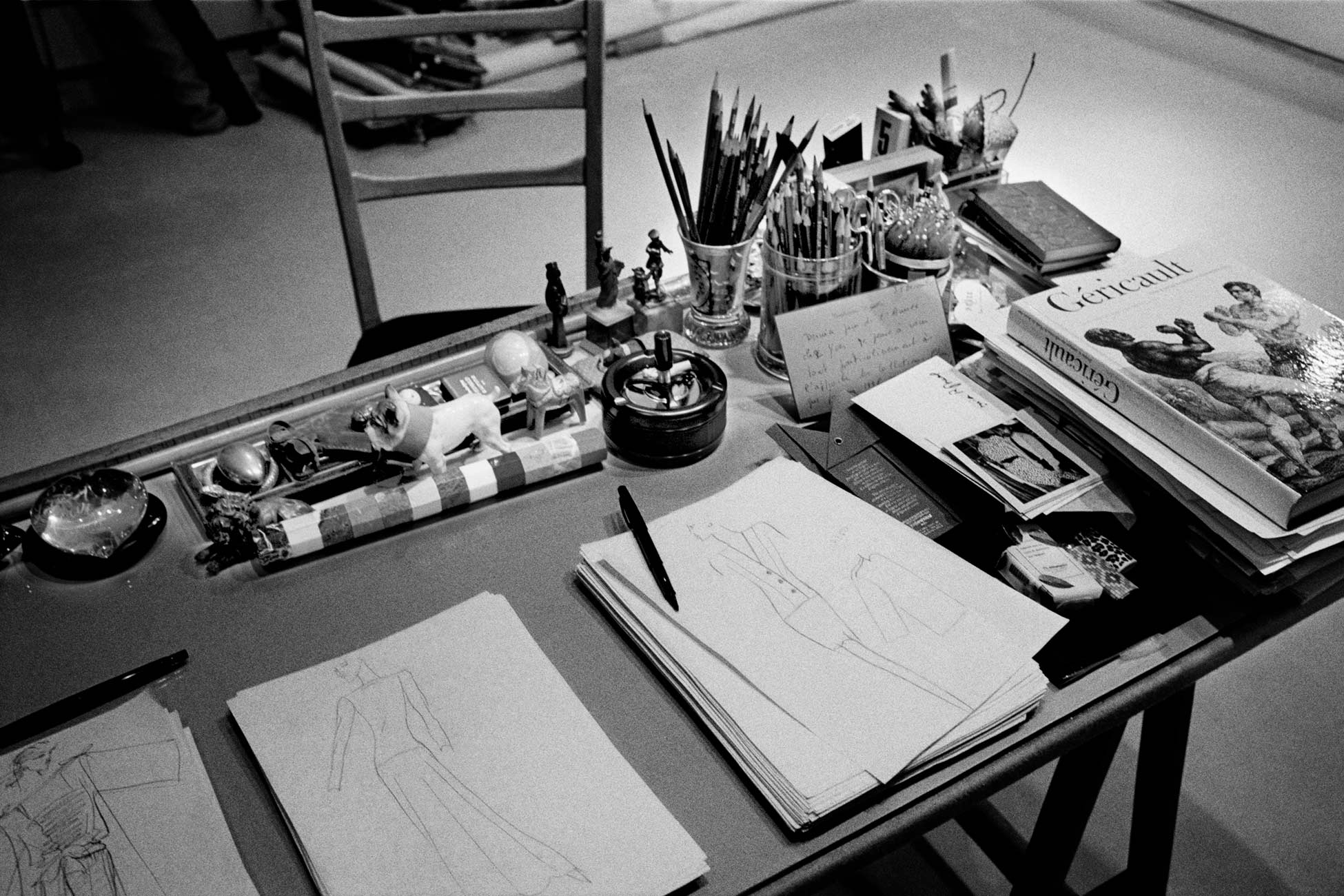 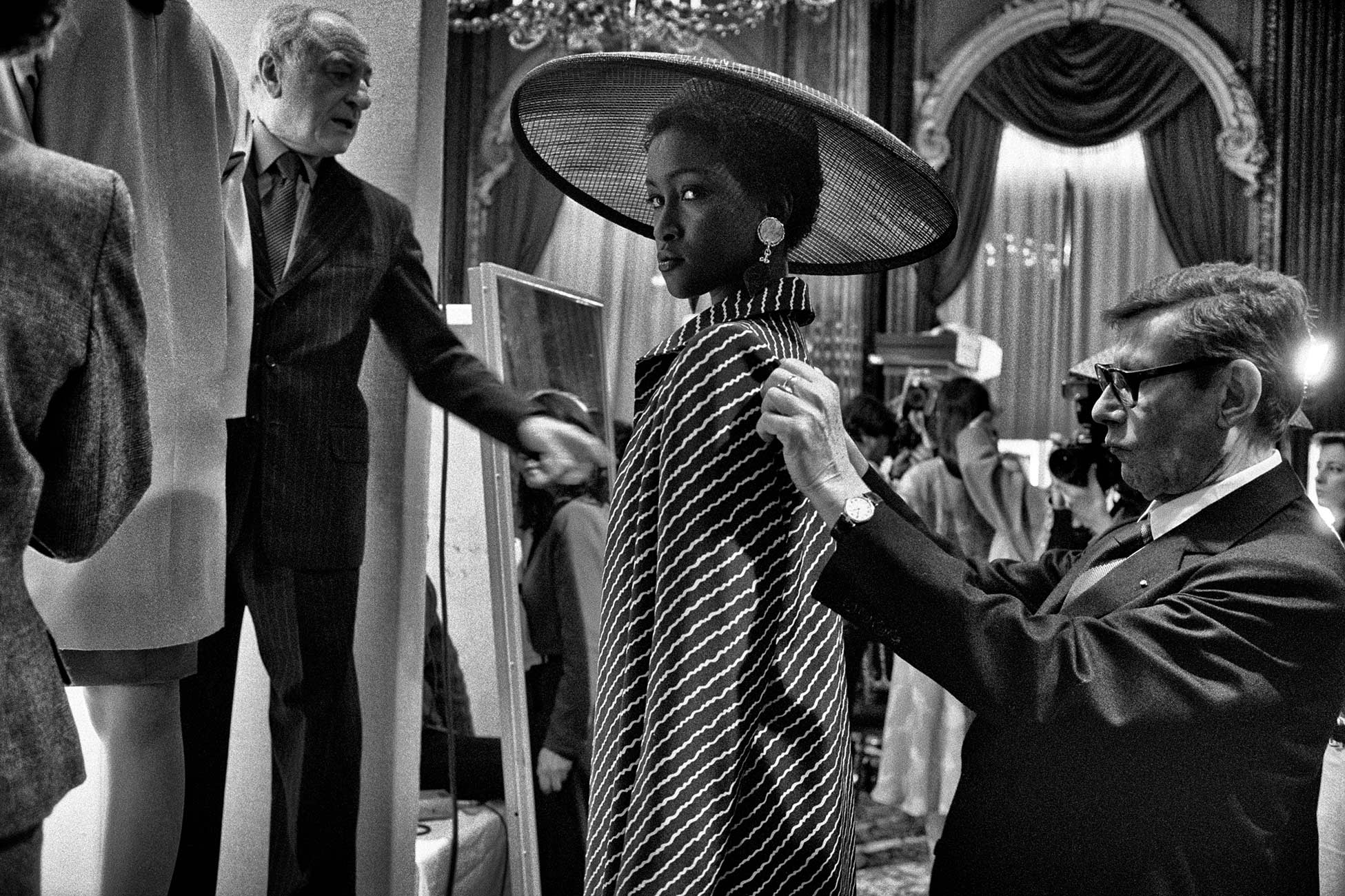 YSL adjusts a dress in the wings of the Hôtel de Crillon, location of his 1997 haute-couture show. 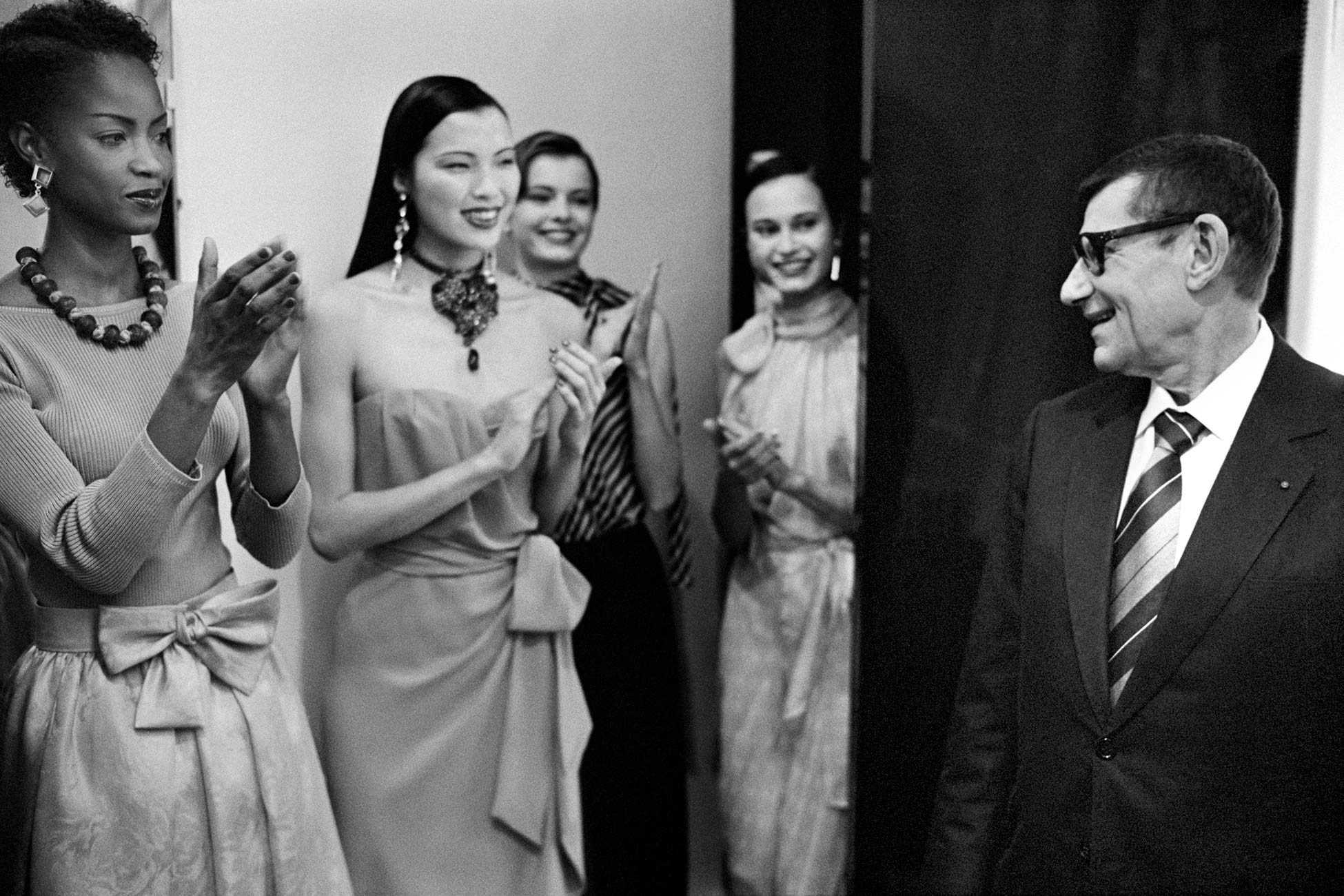 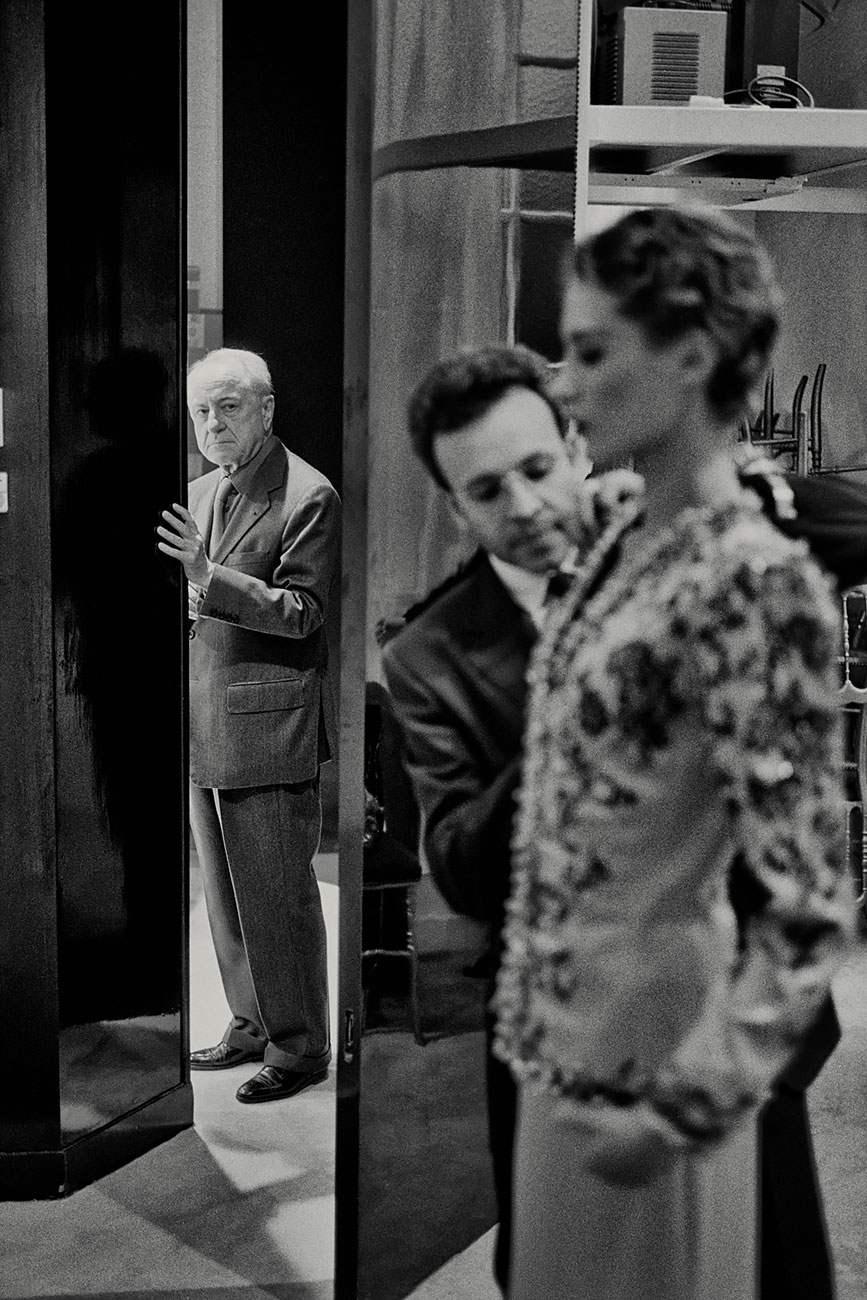 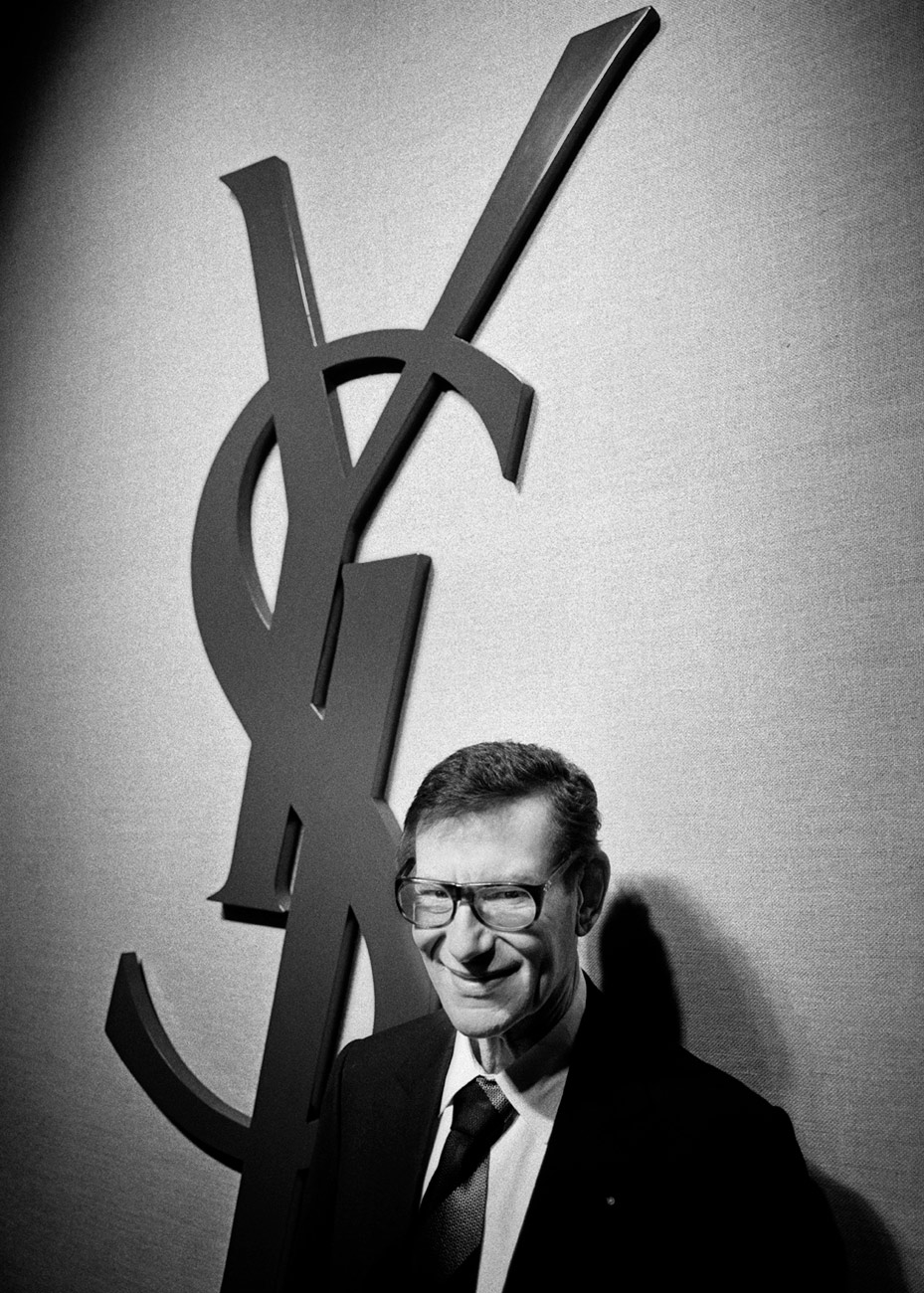 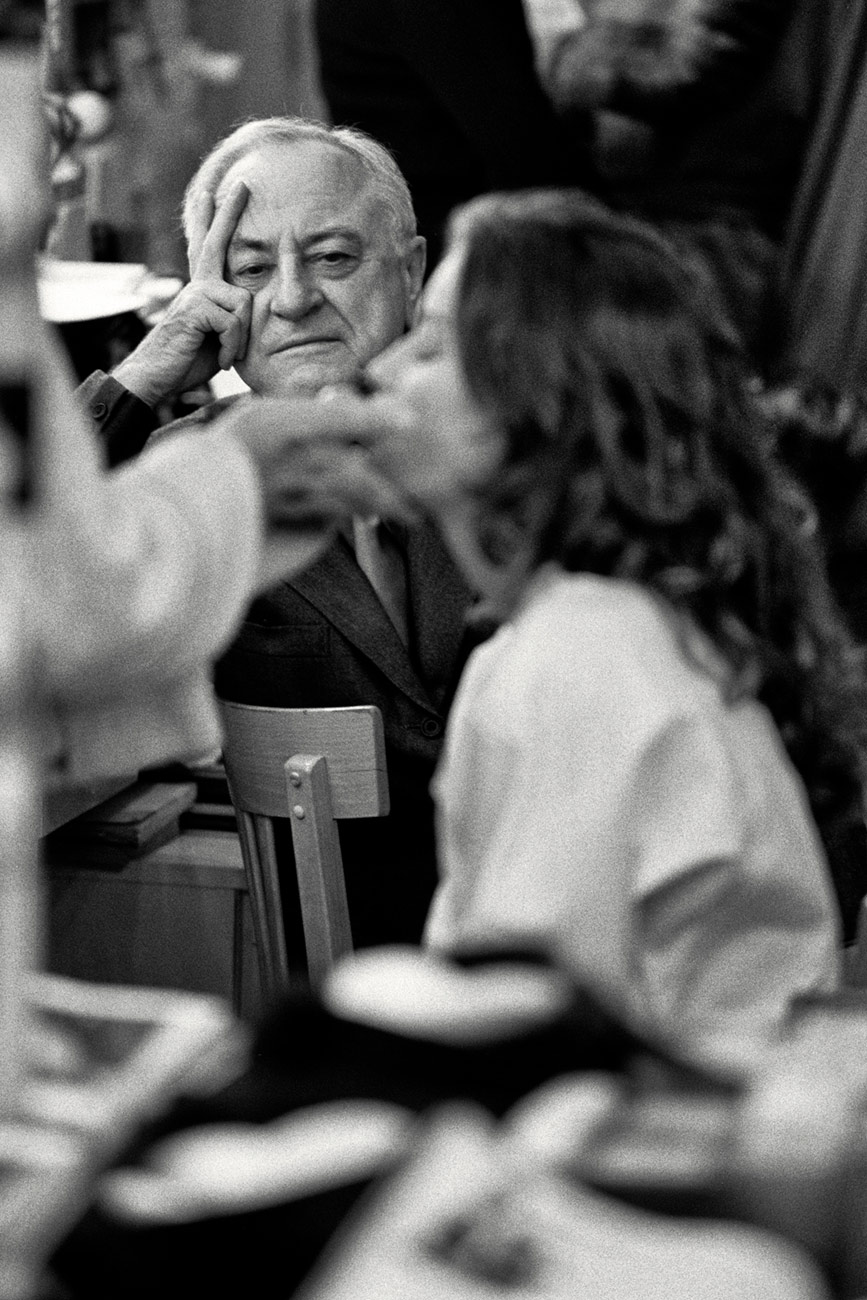 Pierre Bergé watches as model Laetitia Casta is made up, Paris 1997. 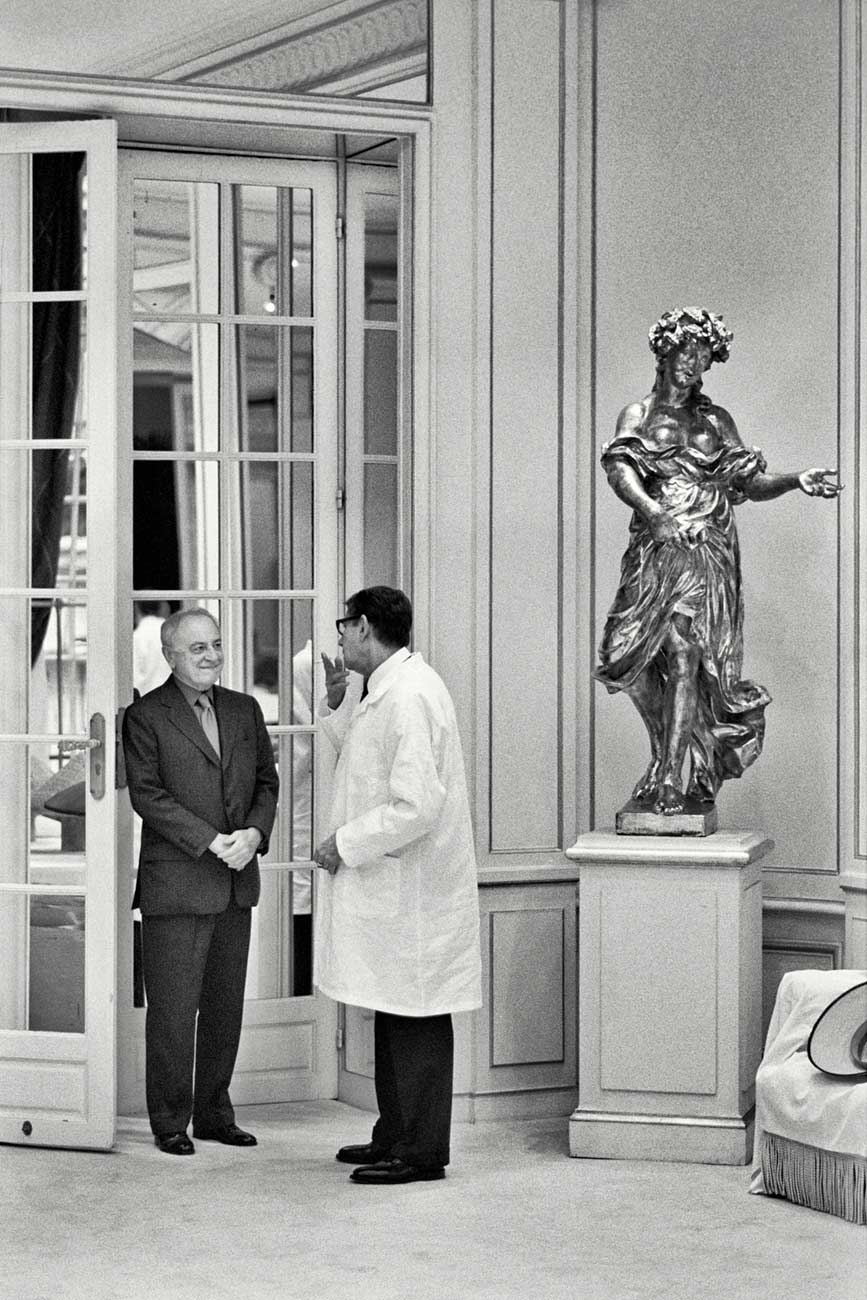 Bergé and YSL in the salon of their Avenue George V headquarters, Paris, 1997. 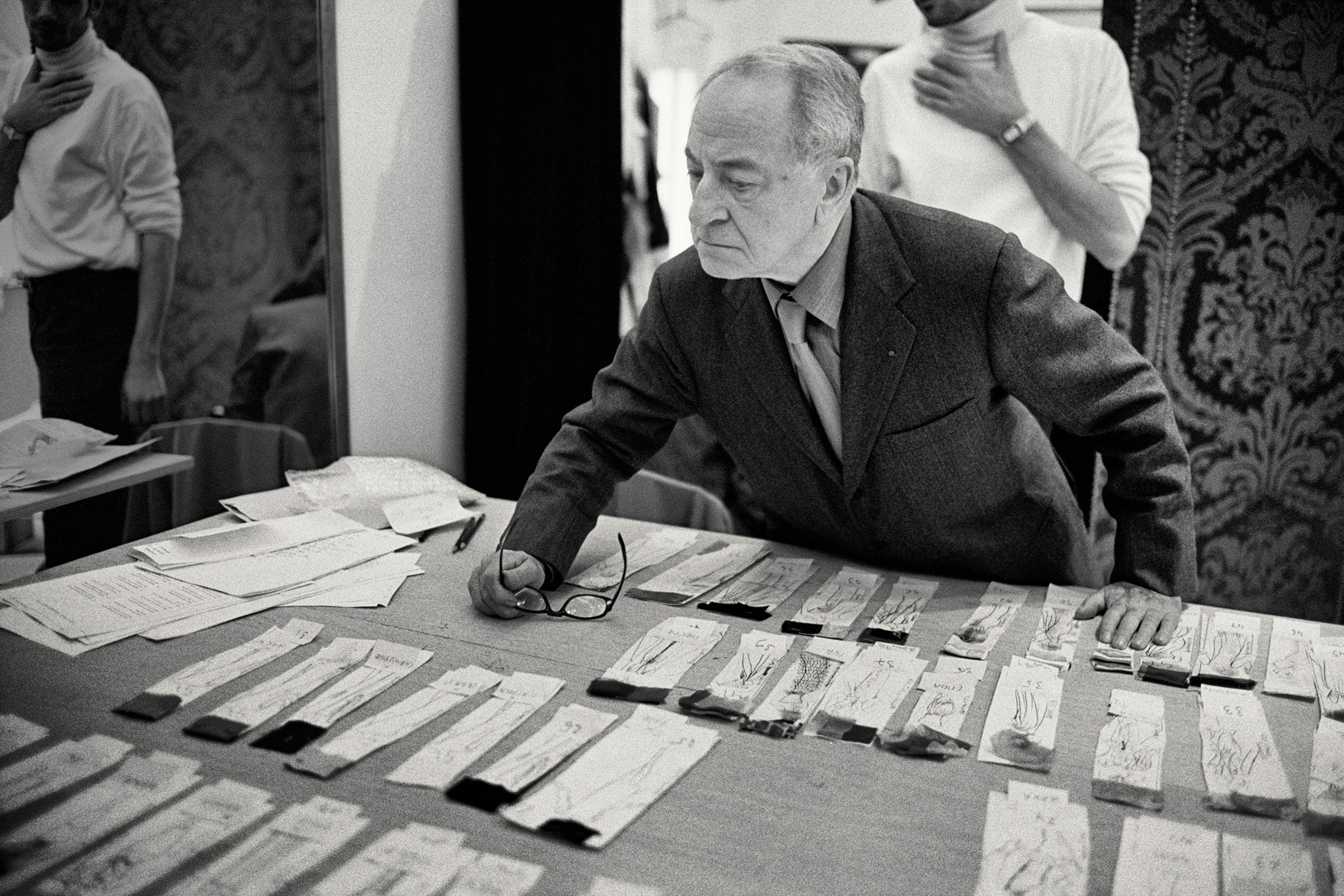 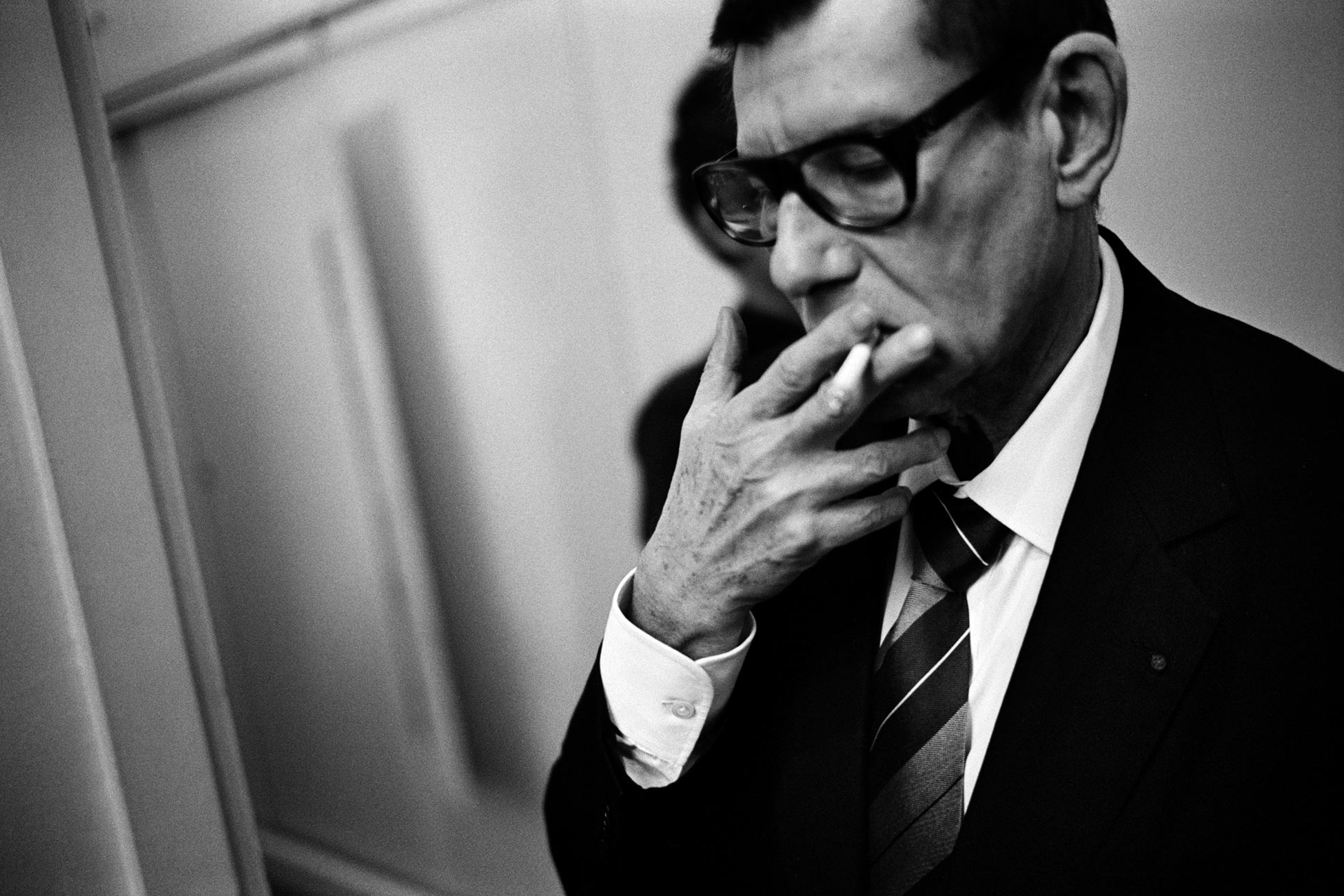 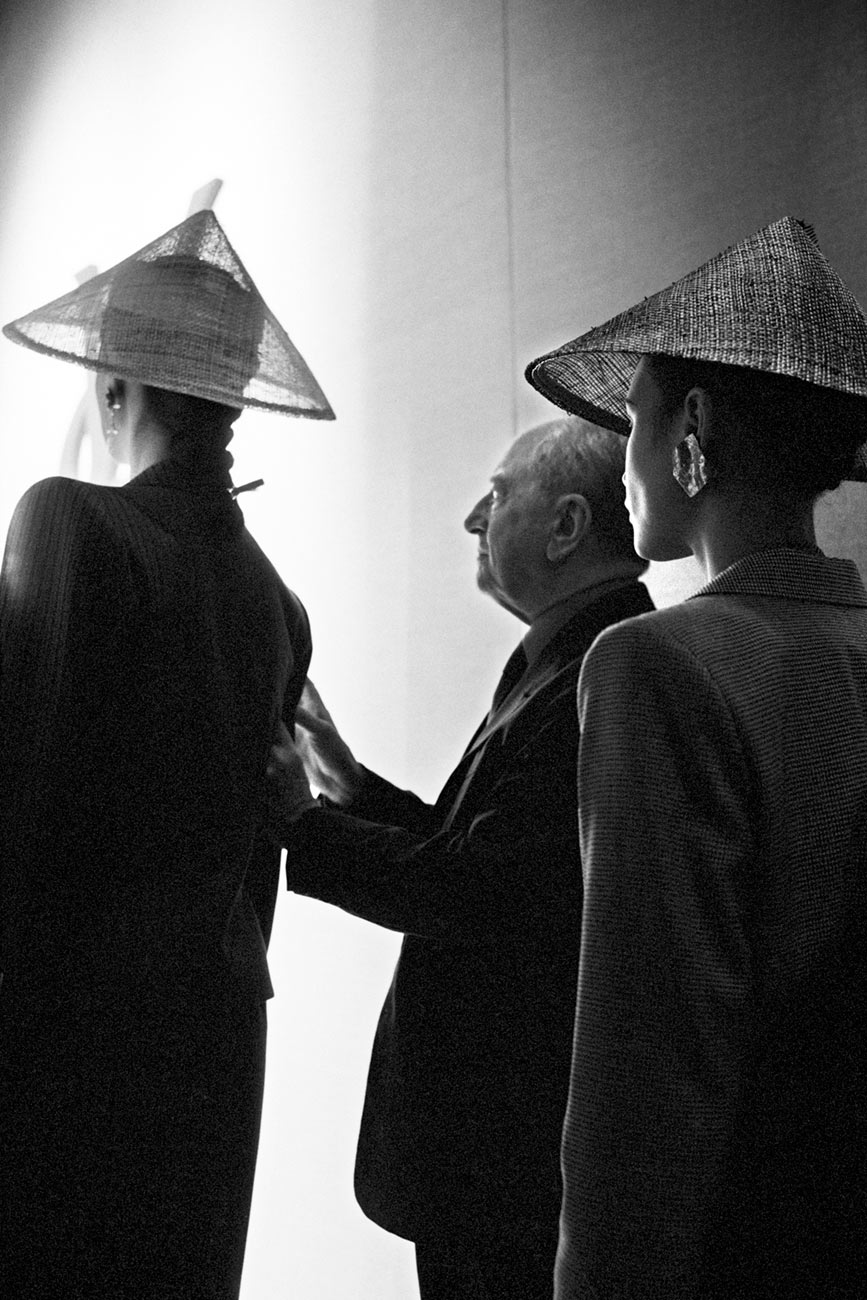 Models wearing conical hats await to be ushered to the catwalk by Pierre Bergé, Paris, 1997. 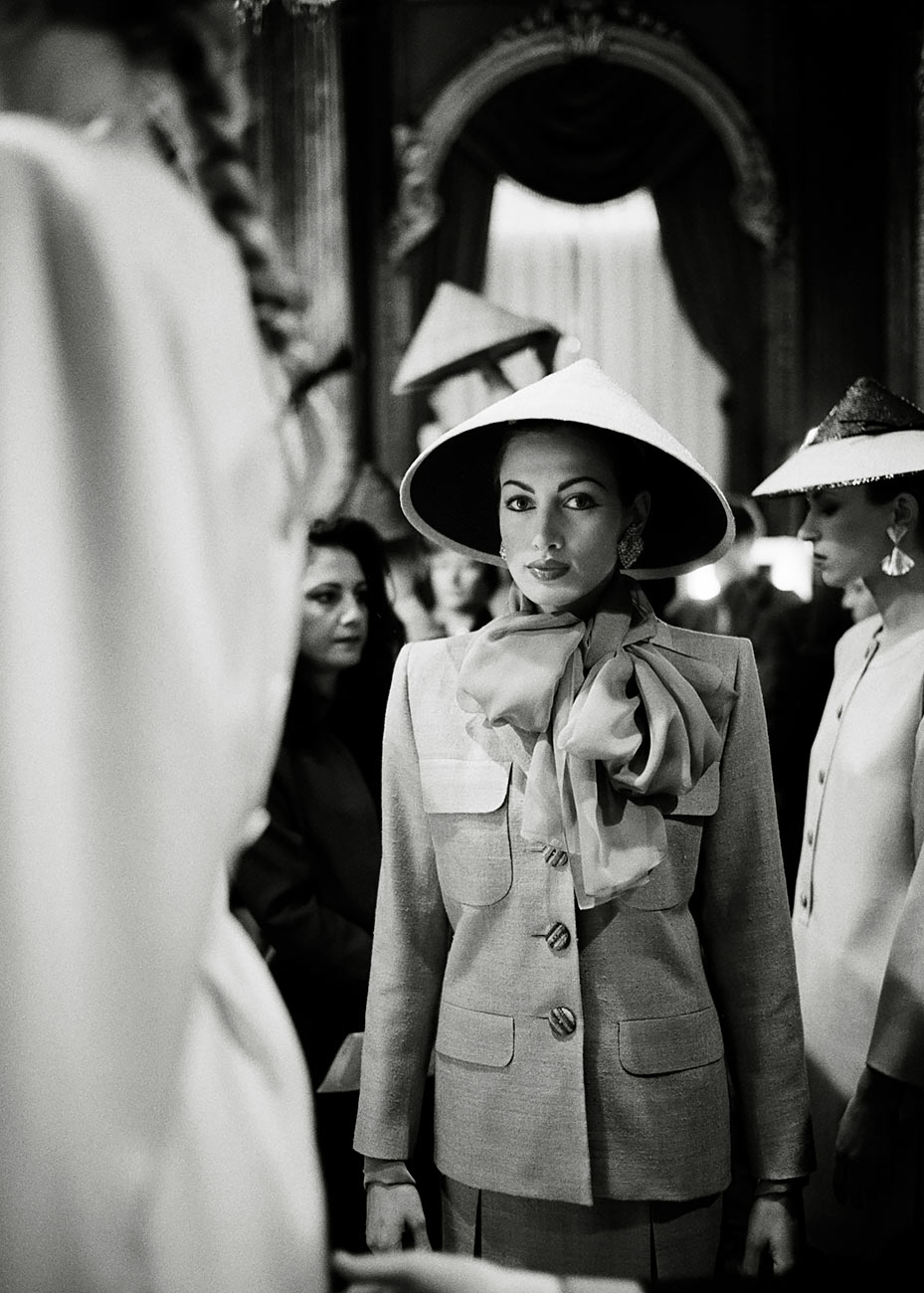 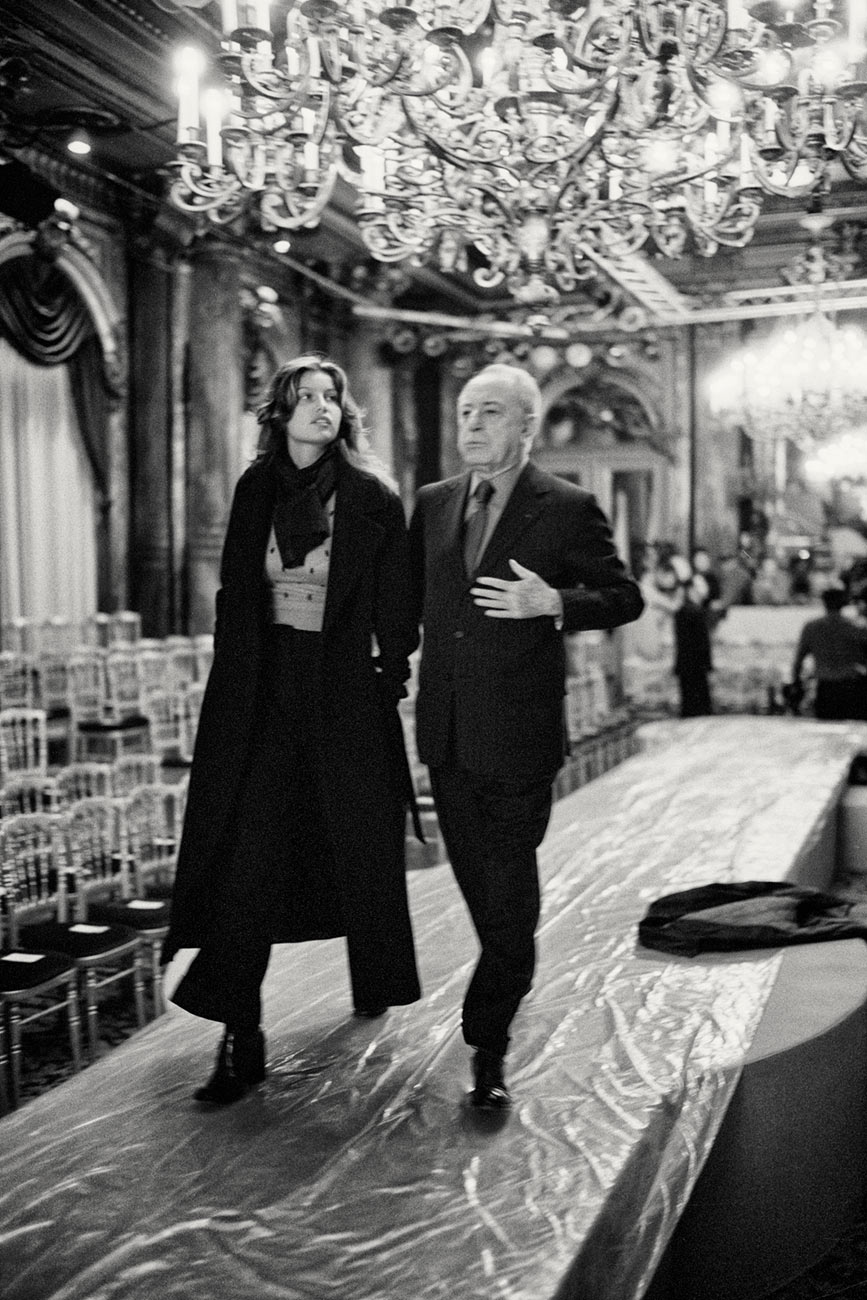 On the catwalk; French supermodel and actress Leticia Casta with Pierre Bergé, Paris 1997. 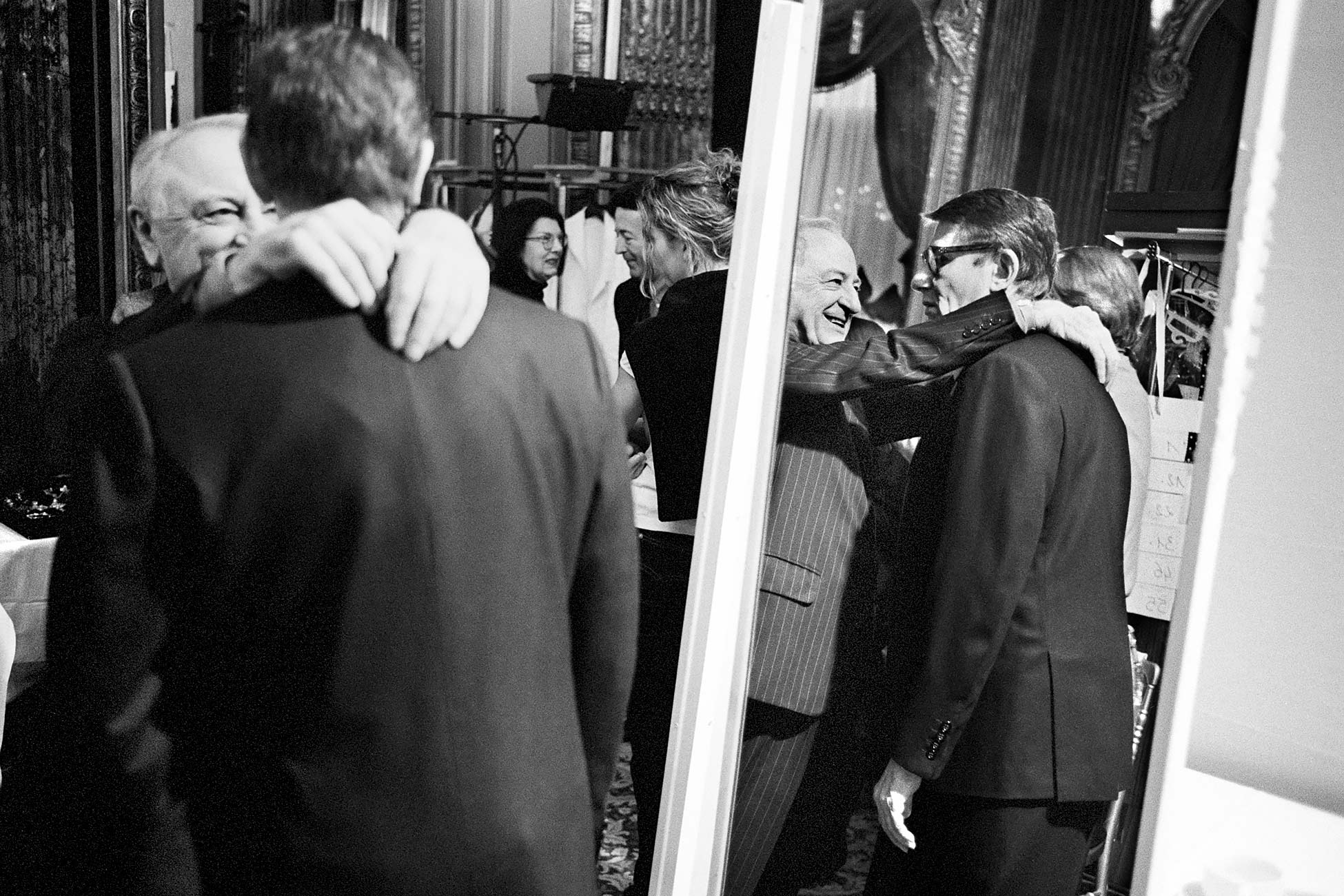 Pierre Bergé throws his arms around his companion Yves Saint Laurent at the finalé of a haute-couture show, Paris, 1997. 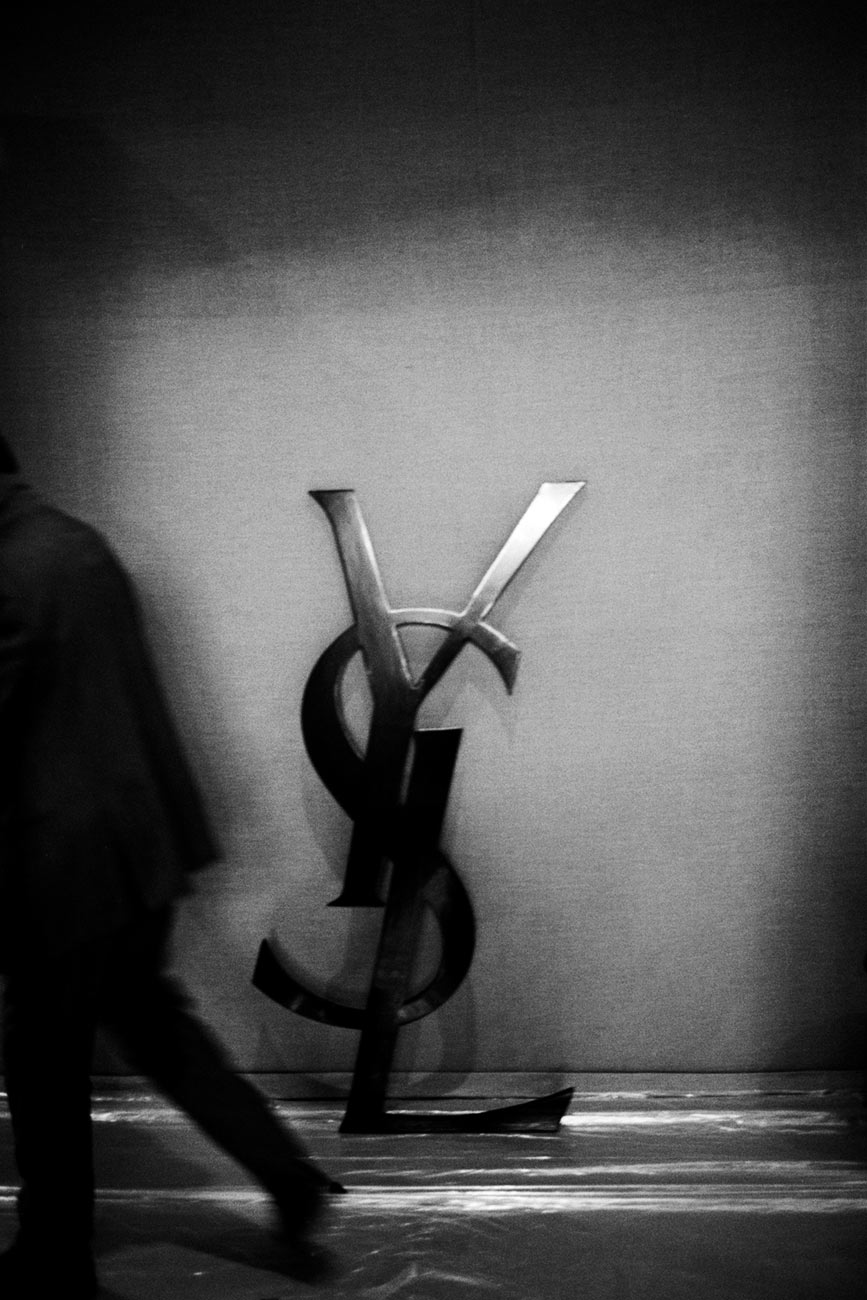 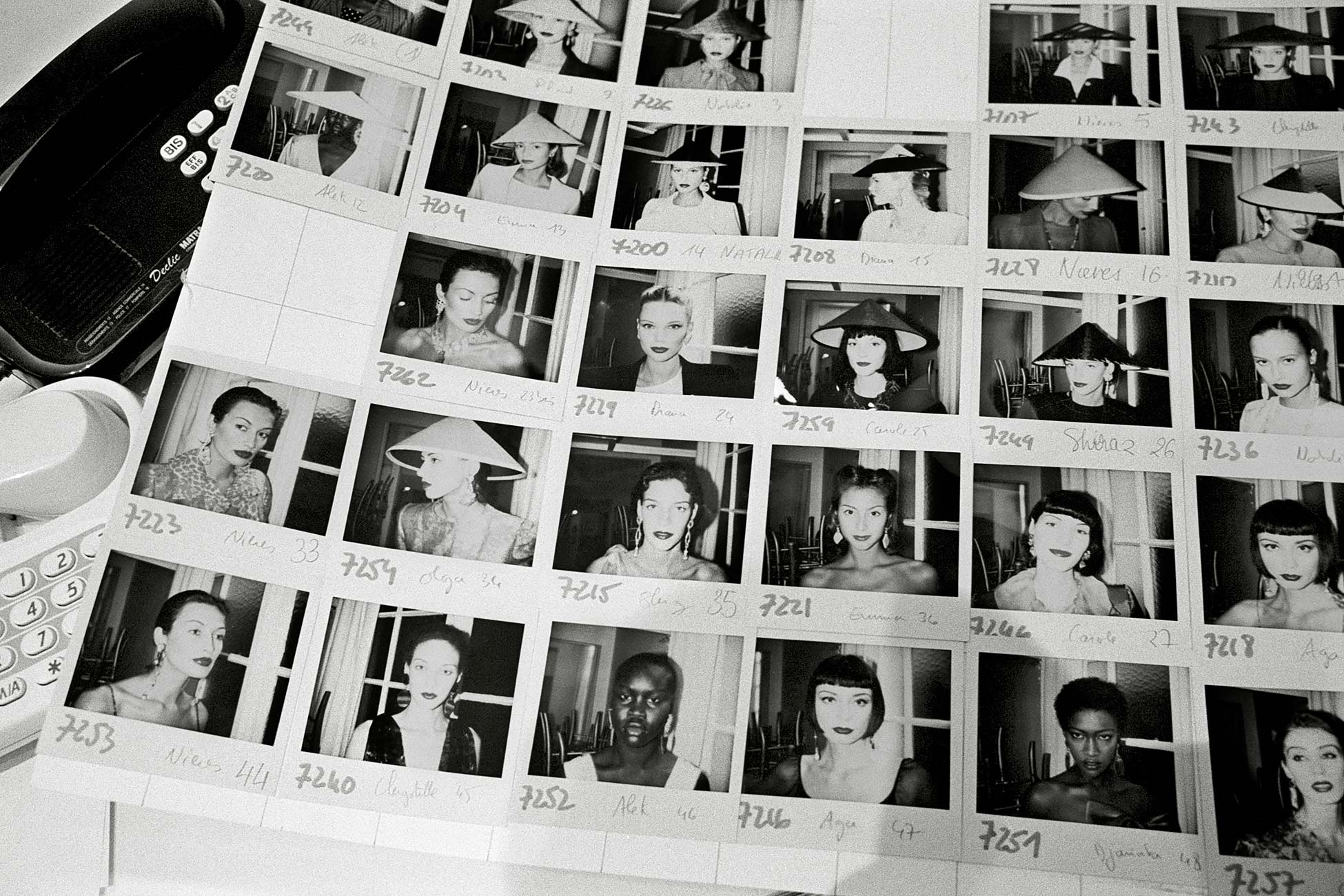 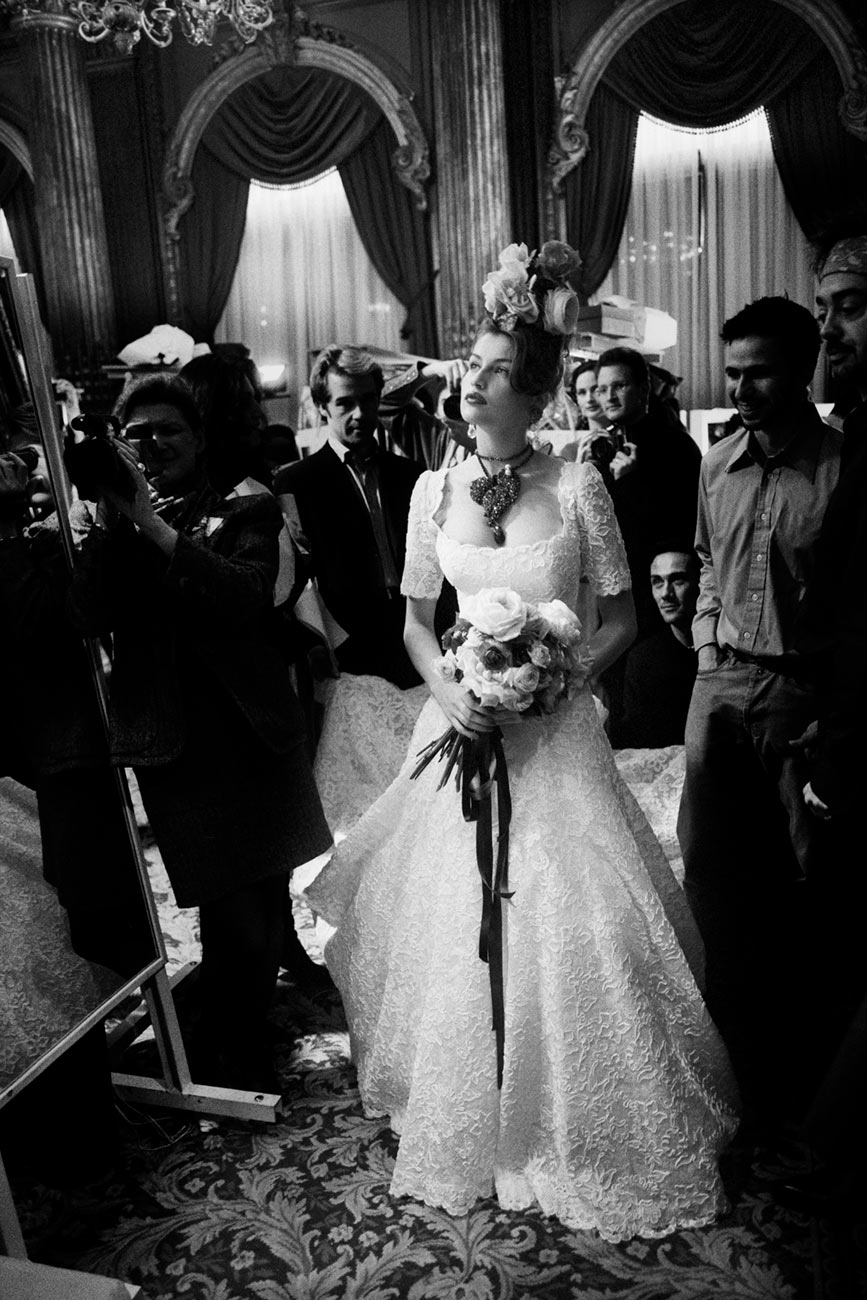 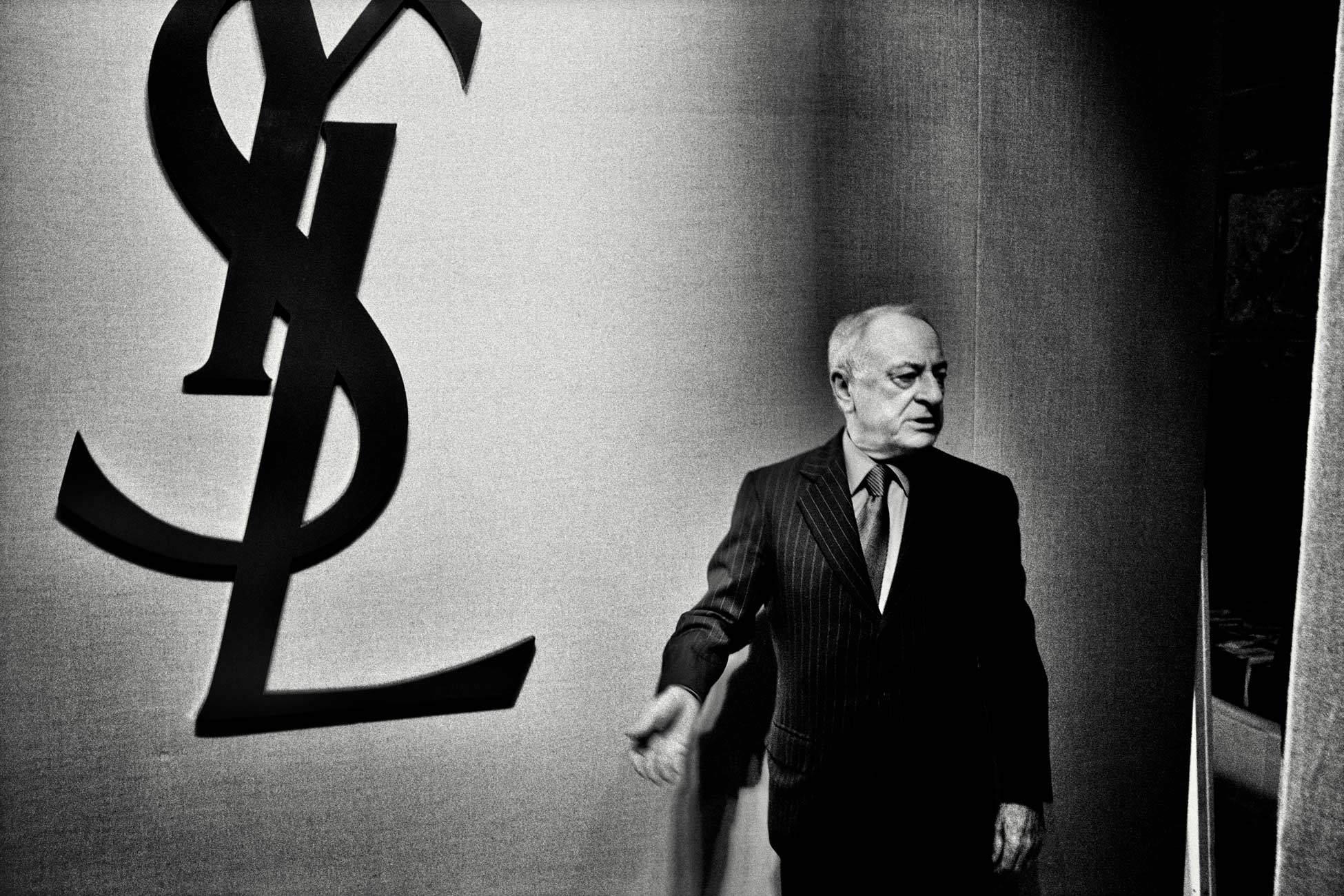 The formidable French haute couture team - Yves Saint-Laurent and his companion, businessman Pierre Bergé, allowed me access to their Avenue Montaigne headquarters as they set about preparing a fashion show extravaganza for the opening ceremony of the 1998 World Cup at the Stade de France.
Gaining access to their inner sanctum was a privilege I had been working on for a few years having met Pierre Bergé on a commission to make his portrait in 1996. I wrote to him with a copy of the picture I had made in his office and luckily he remembered me sufficiently well; in part because he remarked that I was the first photographer he'd met who turned up in a smart bespoke suit, a habit of long standing that has gained me access where others have failed.

While Saint-Laurent was somewhat reclusive due to fading health, Pierre Bergé was very much the chef d'orchestre of the YSL operation. Not one detail would escape his gaze. His meticulousness was legendary. Being in their presence was an opportunity I count myself lucky to have experienced.
These pictures are from an extensive archive of work I made with them over a period of two years.