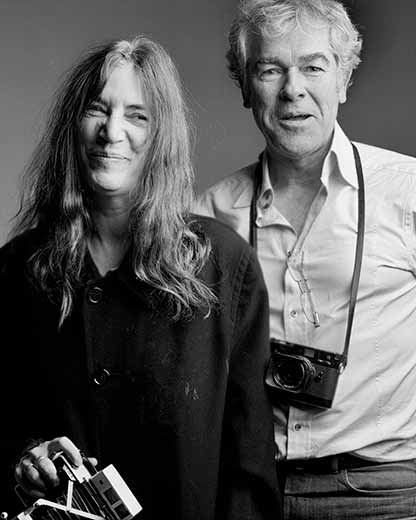 Hanging about in Wadi Rum 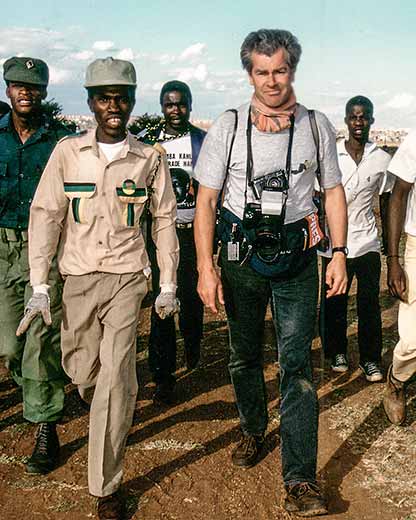 With the ANC, South Africa

Derek Hudson is specialised in documentary and portrait photography for which he has received awards from the World Press Photo organisation of Amsterdam, honoured by the Art Director's Club of New York and received numerous accolades for his still photography skills worldwide.

Hugely experienced in visual storytelling he chose early in his career to document conflicts worldwide, reacting to news events at a moment's notice from London, New York and Paris, cities in which he has been previously based. Following a harrowing experience when covering the overthrow of Taliban rule in Afghanistan he forsake the peril of documenting conflict and turned his lens to less precarious editorial commissions. In collaboration with bosom friend and travel companion, French author Jacques Maigne, he has produced essays on numerous subjects in a multitude of countries.

In the course of his career he has worked on commissions for Time, Newsweek, Sunday Times Magazine, The Observer, New York Magazine, Vanity Fair, Financial Times magazine, Stern, Télérama, Le Monde, Paris Match, Vogue France, Gruner + Jahr - Geo Magazine. His proudest accolade, a goal he set himself in his early 20's, came when honoured with his name on the masthead of LIFE magazine as one of their London based photographers until the closure of the foremost pictorial title in 2000.

Self taught in the art of analog photography at the age of 17 Derek gradually made the transition to the digital photographic process in the mid 2000's by applying the traditional methods mastered in the darkroom to today's computerised photography. Adapting these skills to satisfy clients needs he works in the fields of editorial, commercial, and on occasion, advertising photography.

This website and its content are unique and the sole copyright © of the author, Derek Hudson. You may NOT redistribute or reproduce any of the contents in any form whatsoever without prior written permission. By using this site you are agreeing to be bound by the terms of the international laws of copyright.