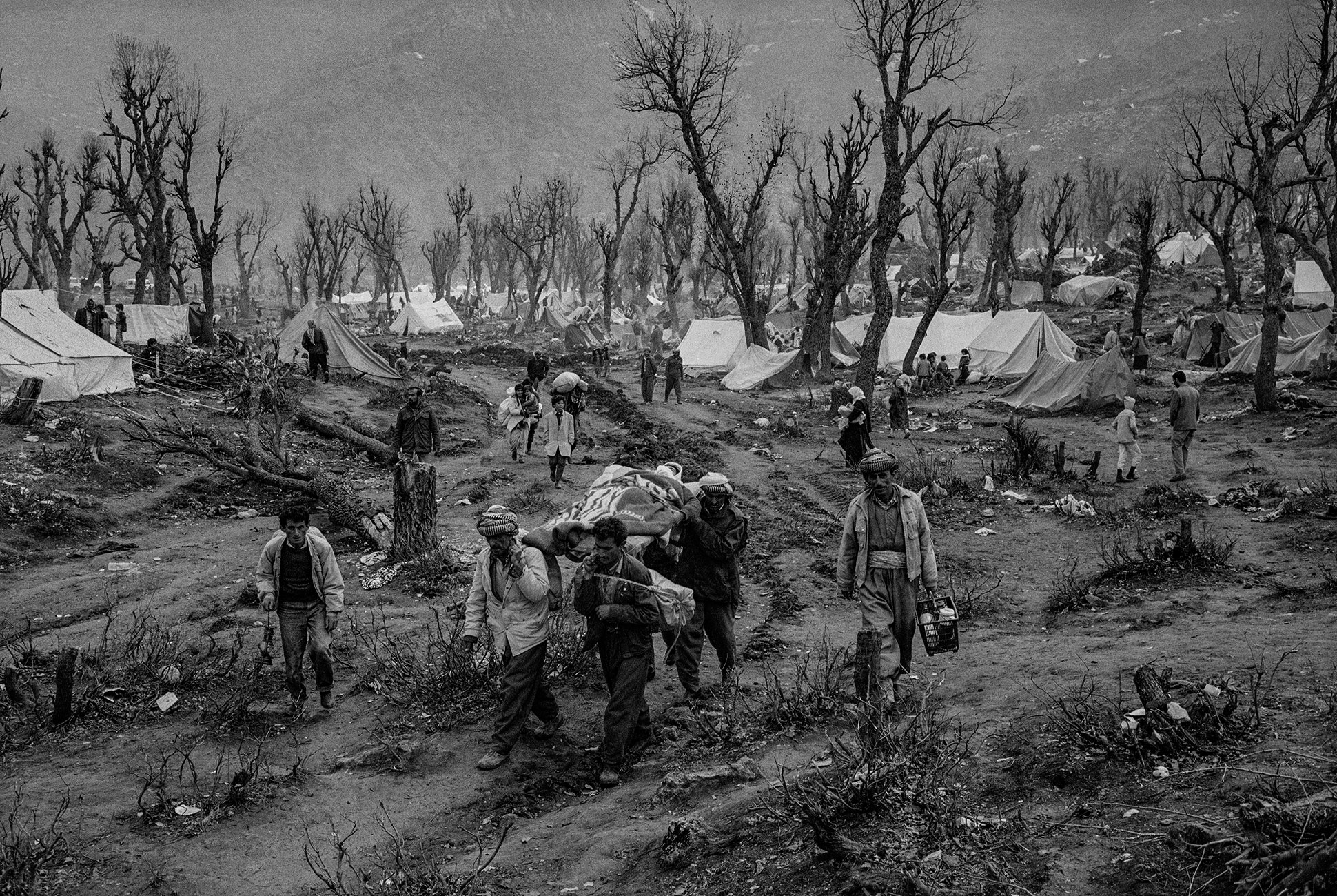 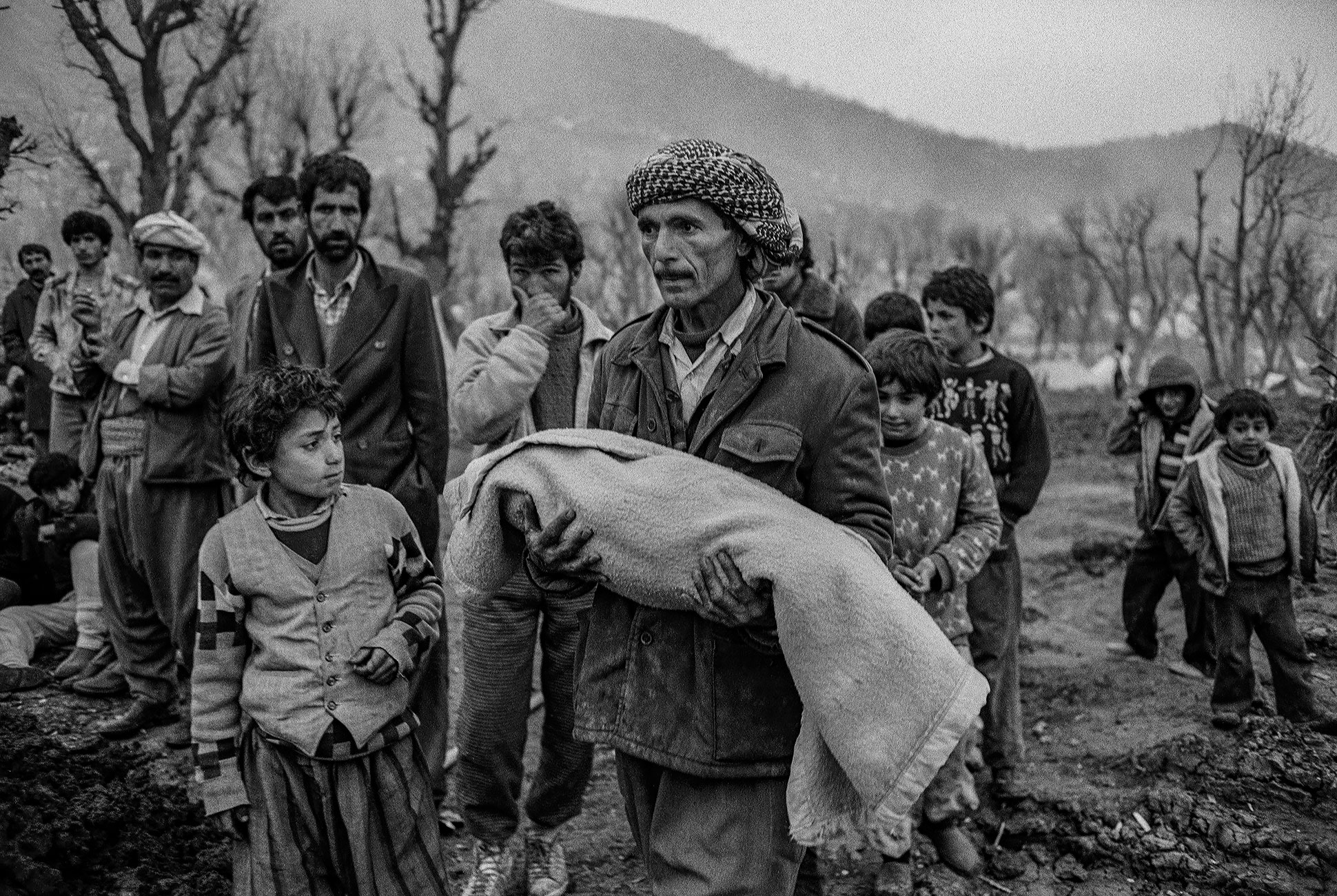 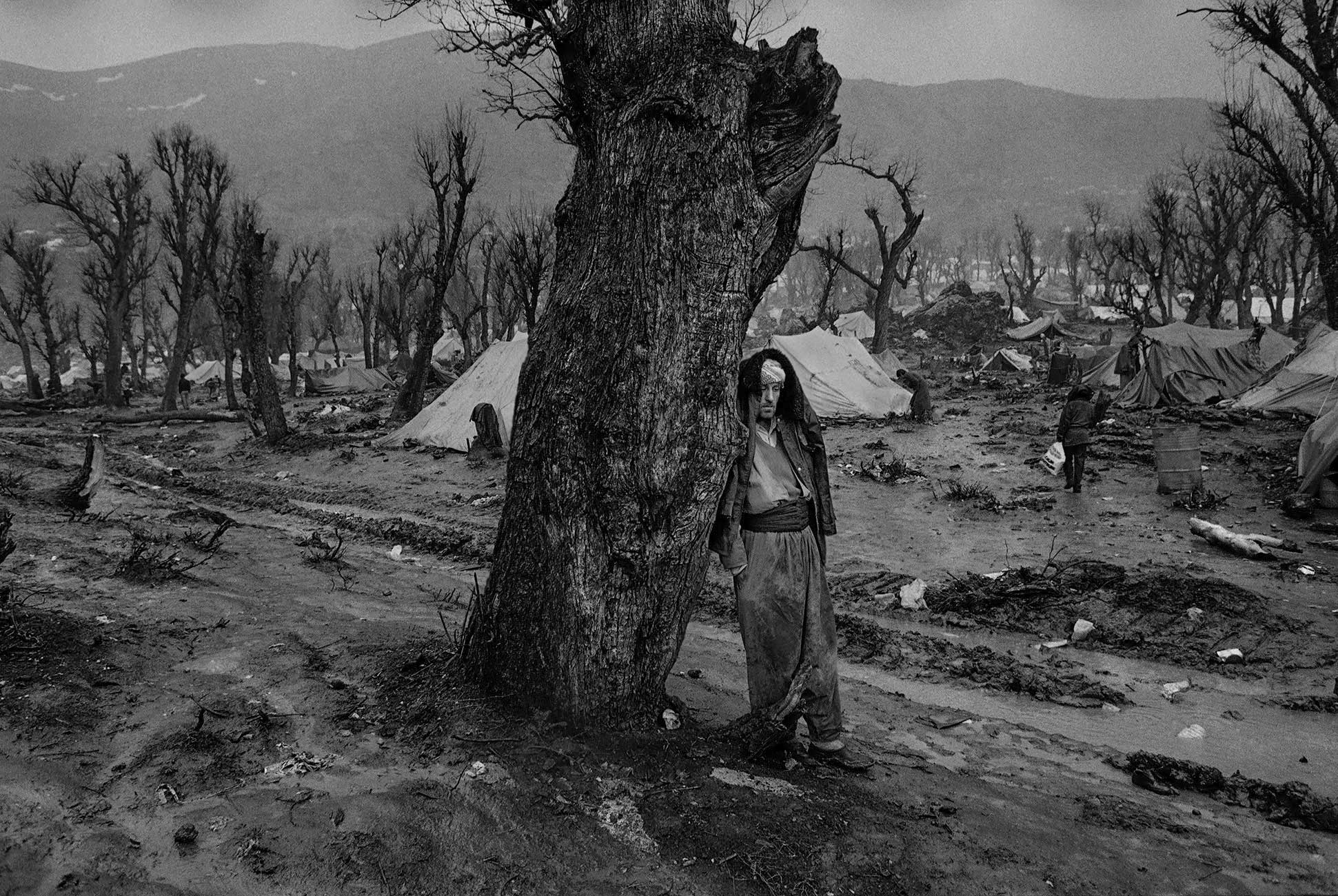 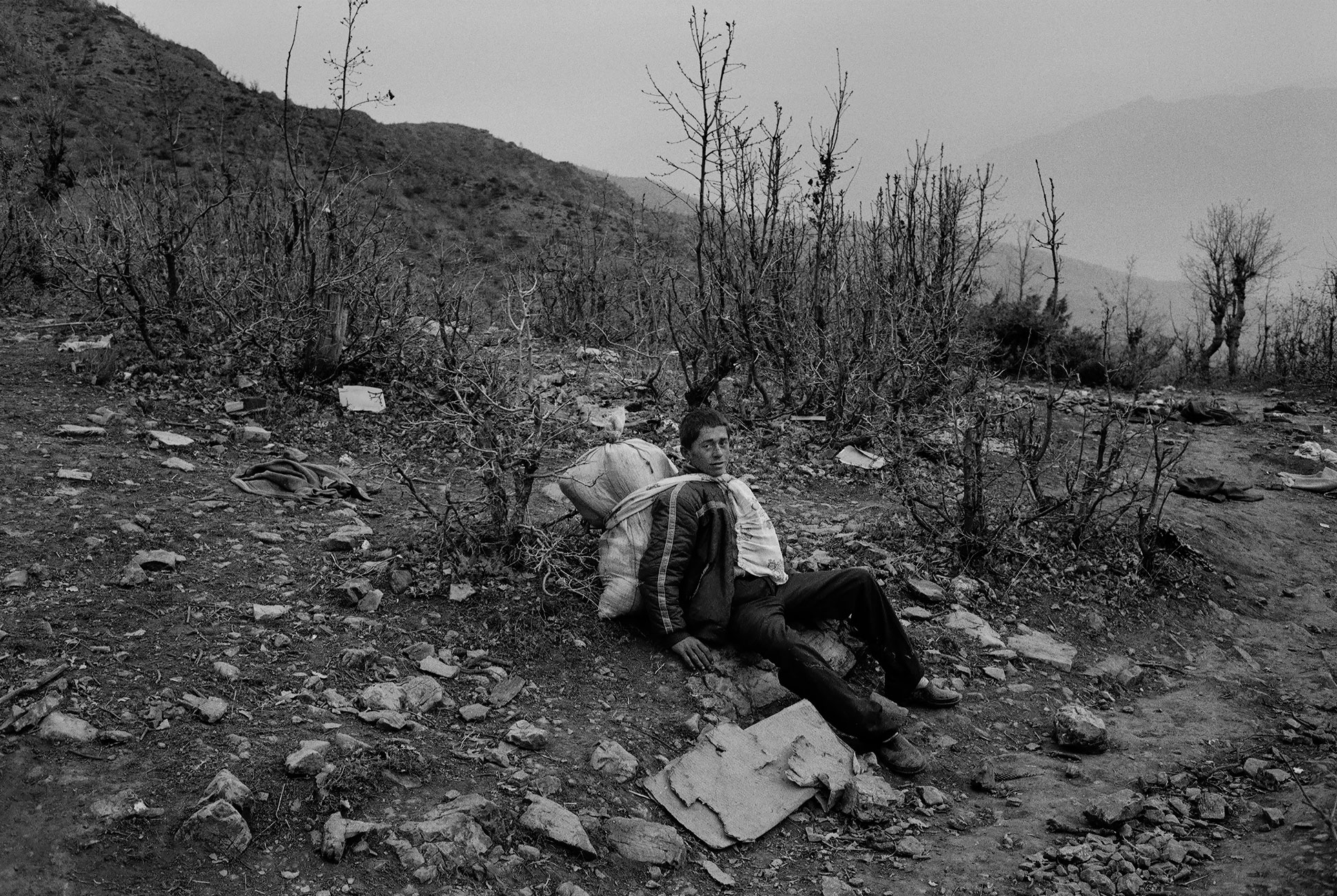 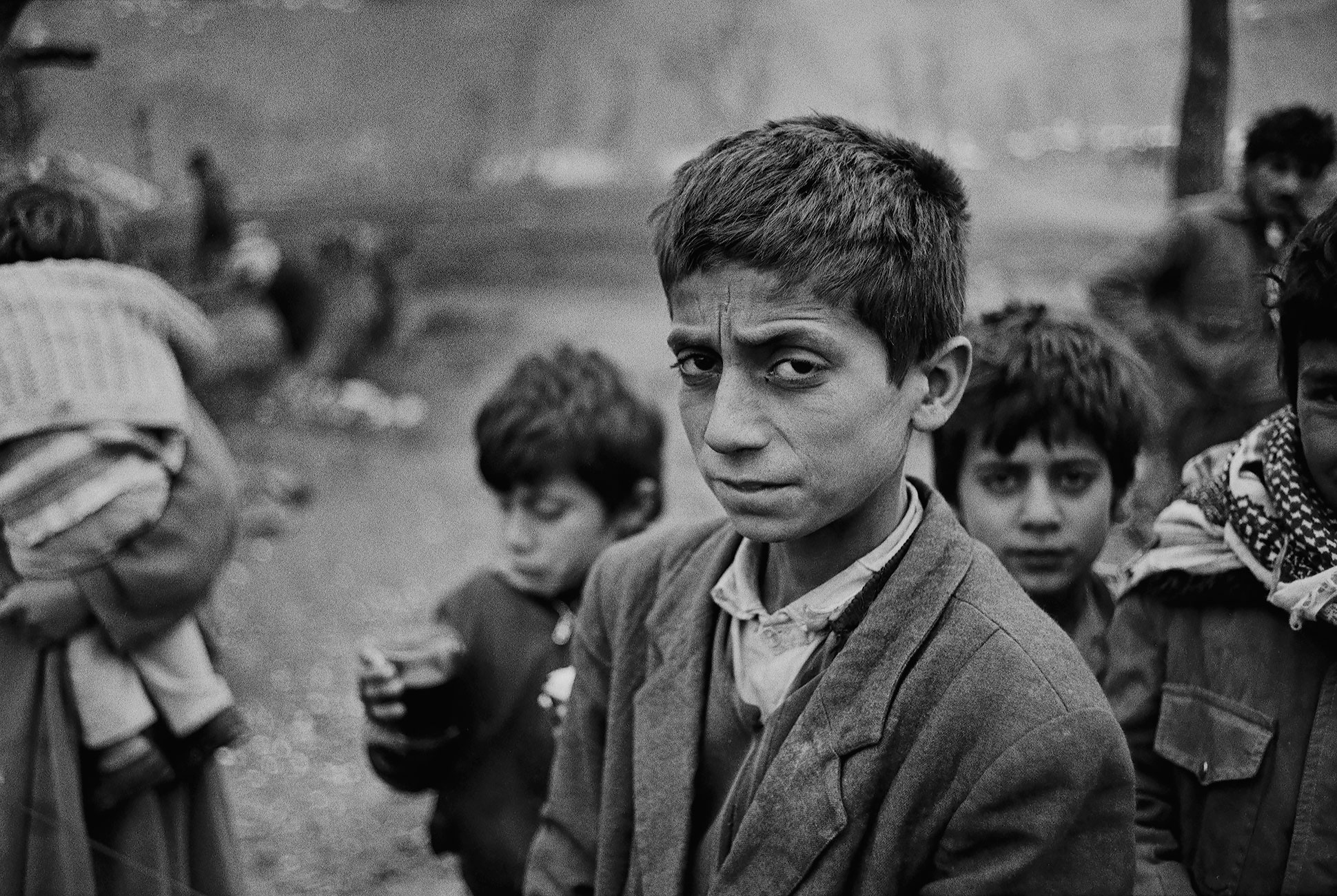 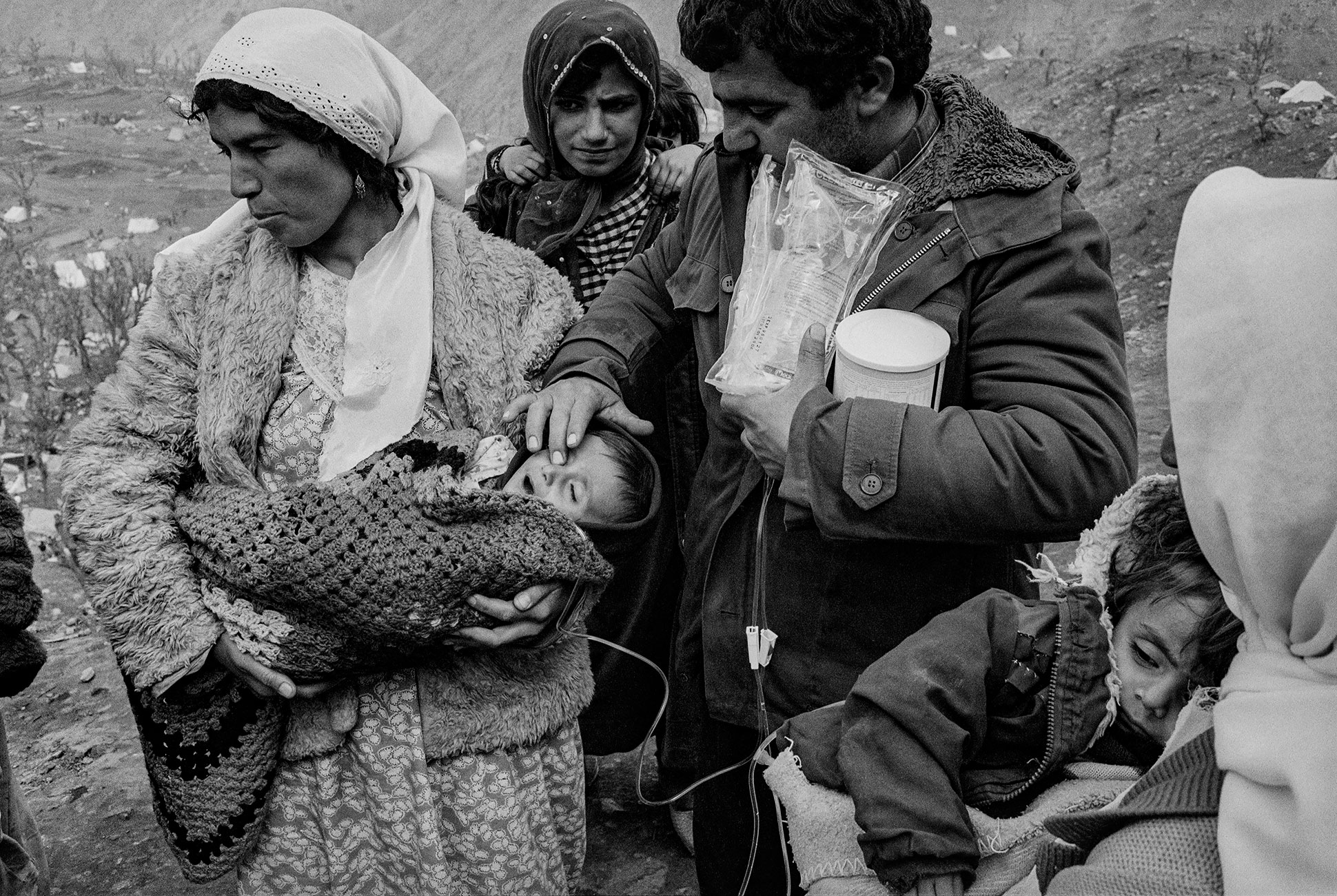 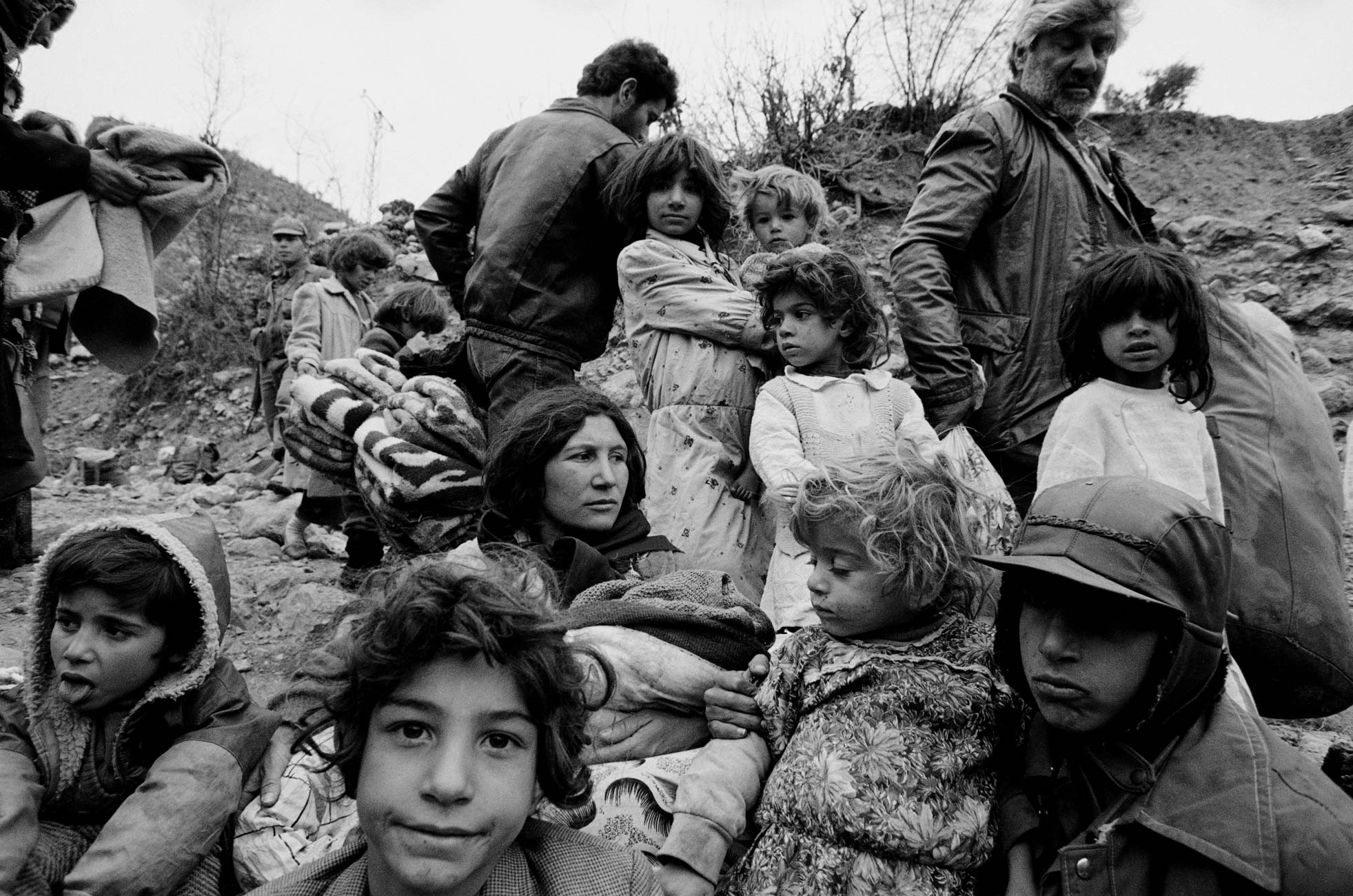 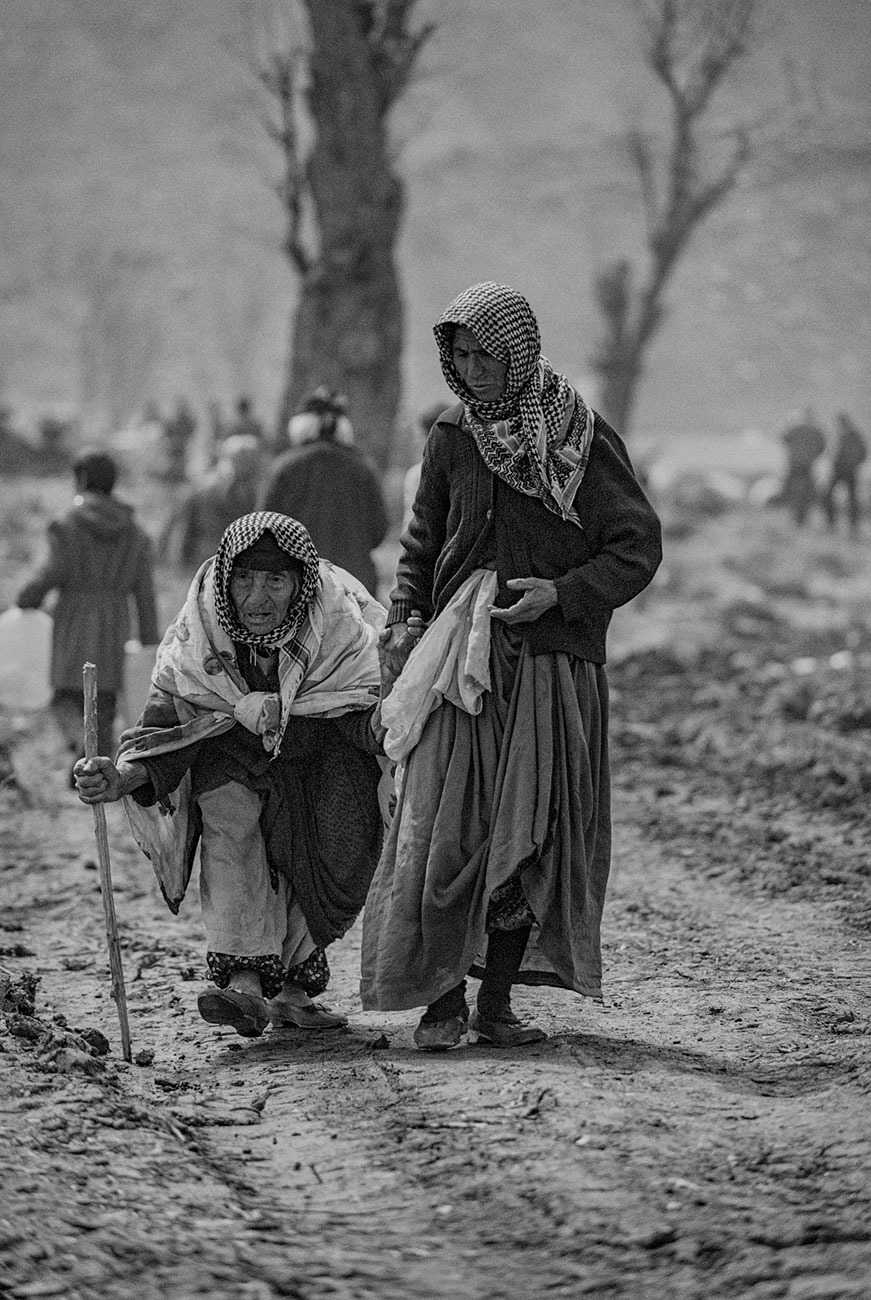 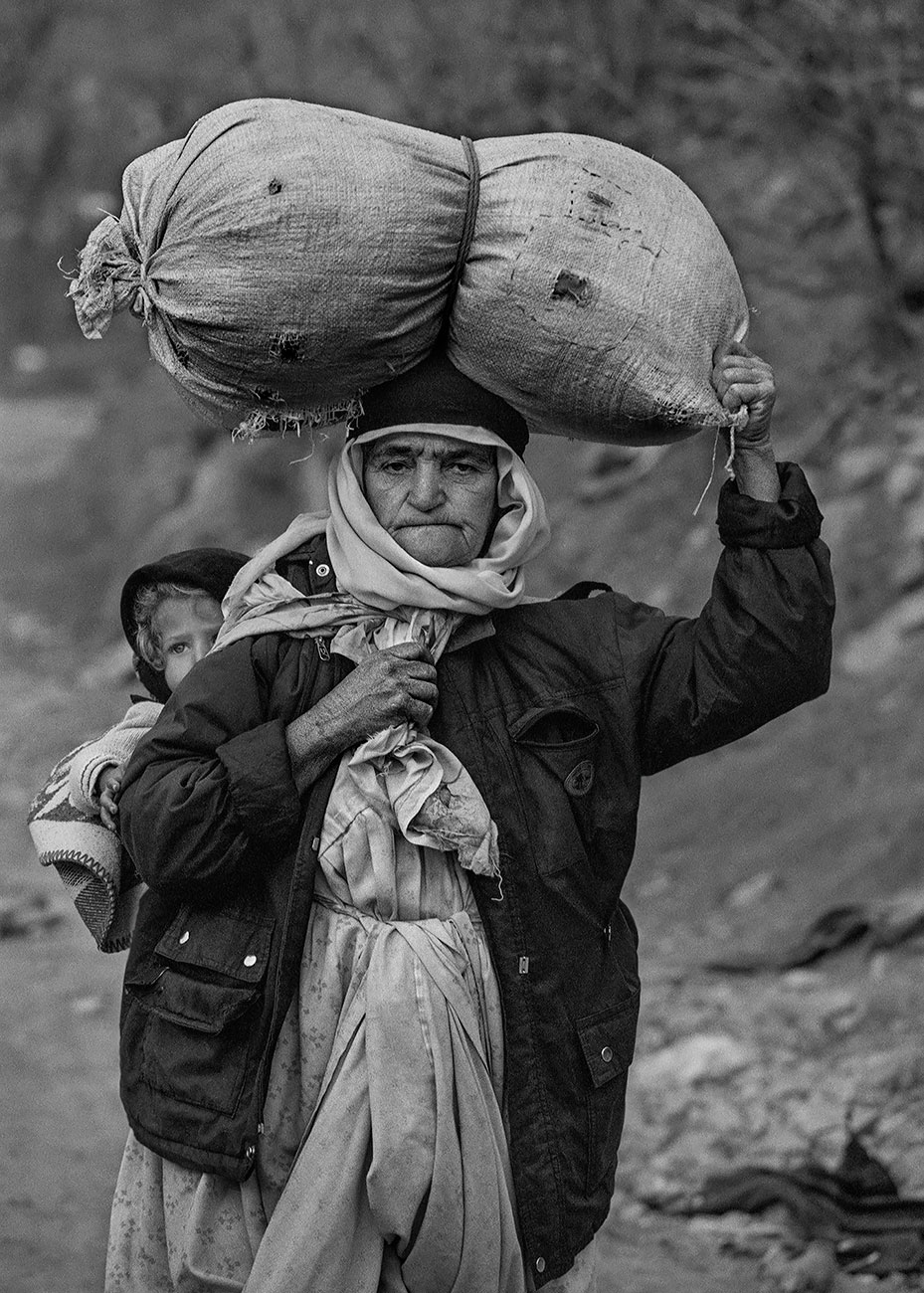 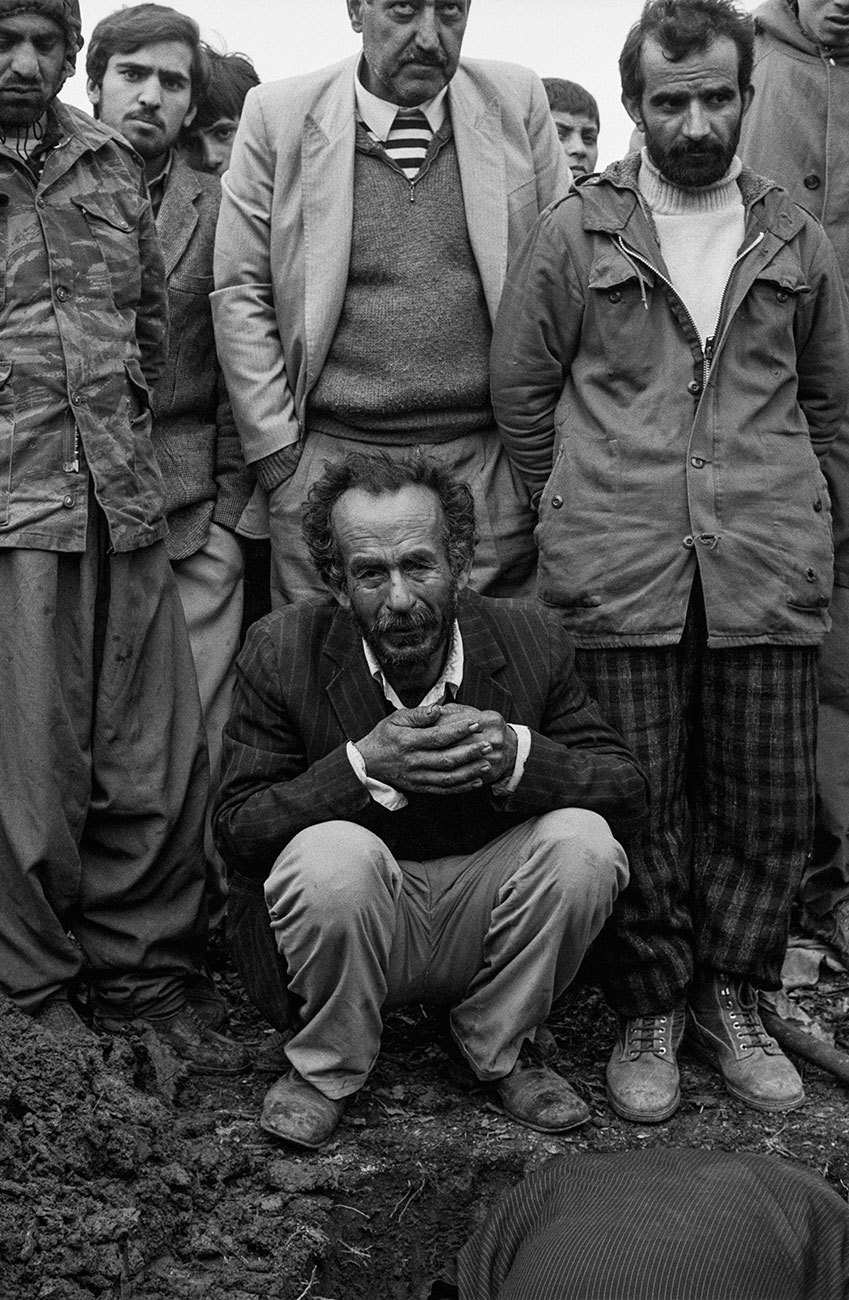 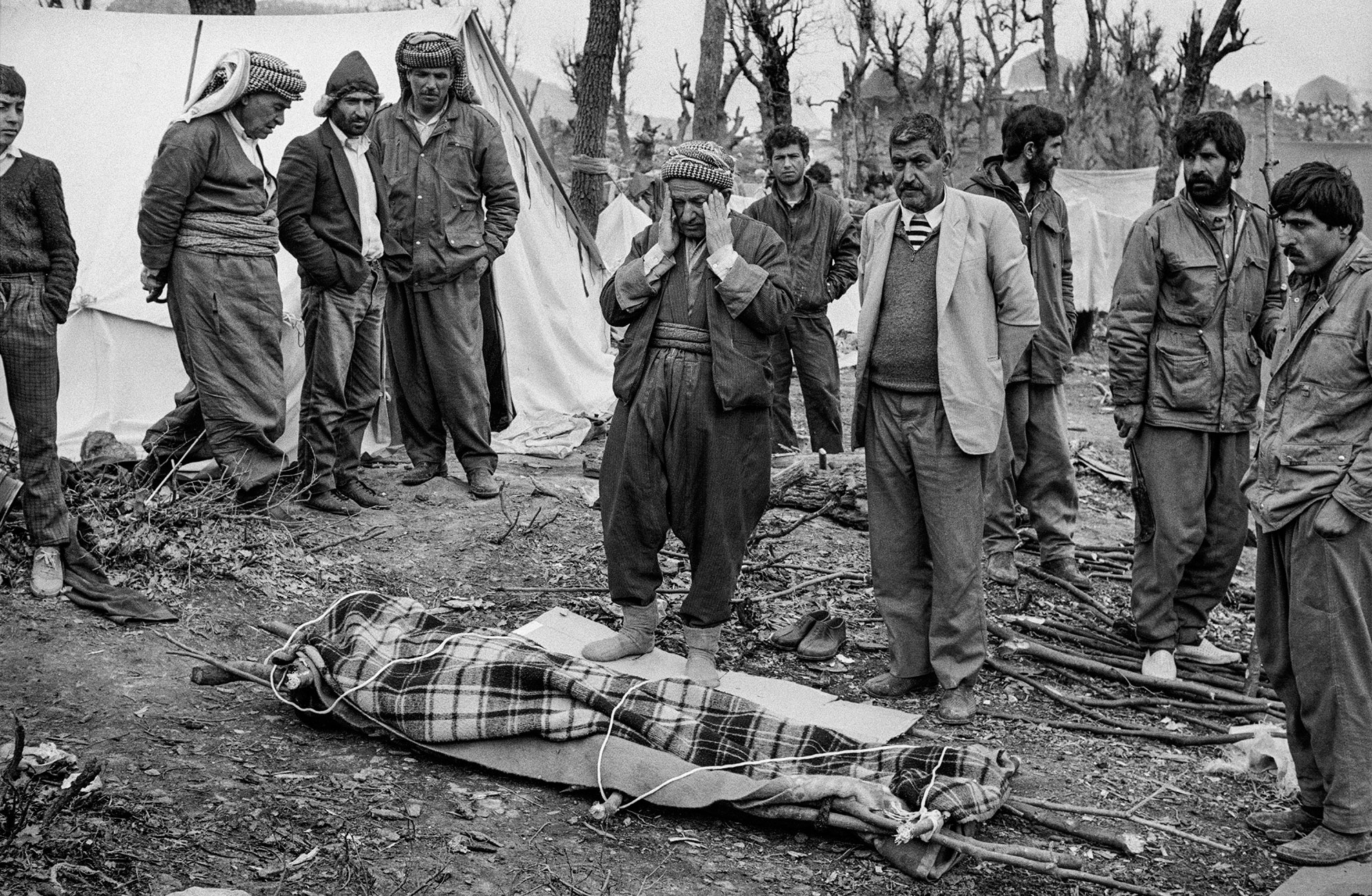 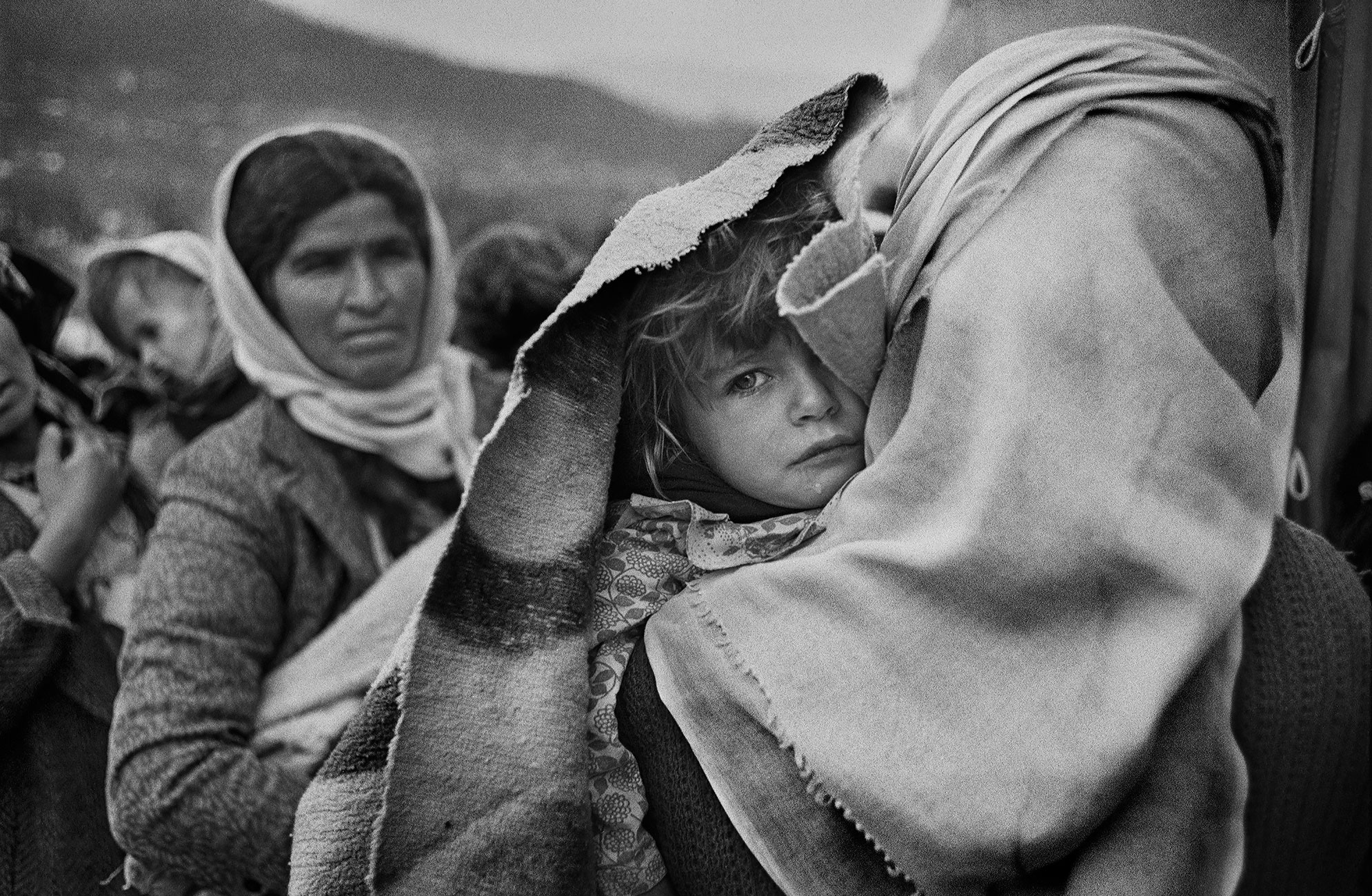 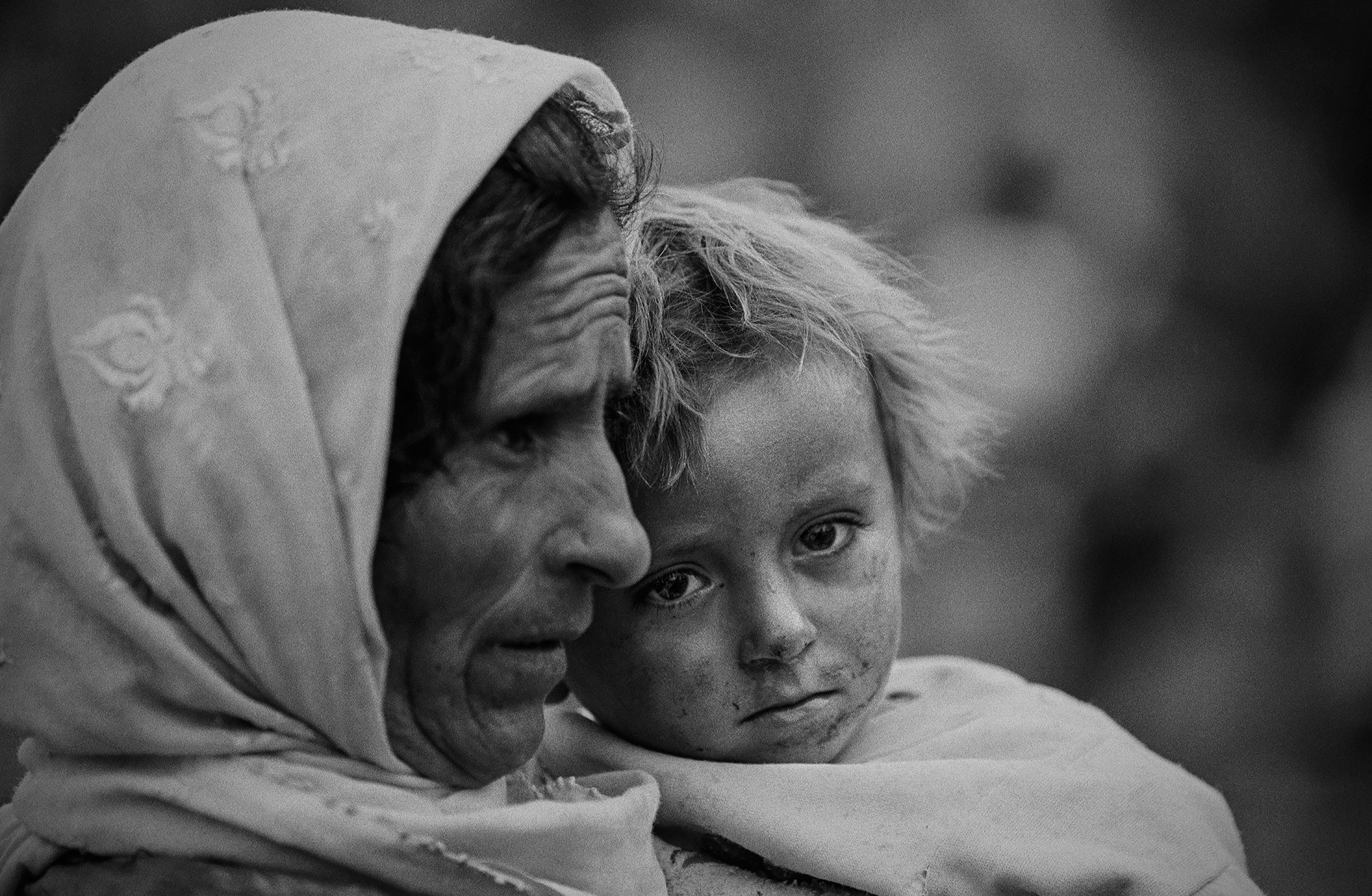 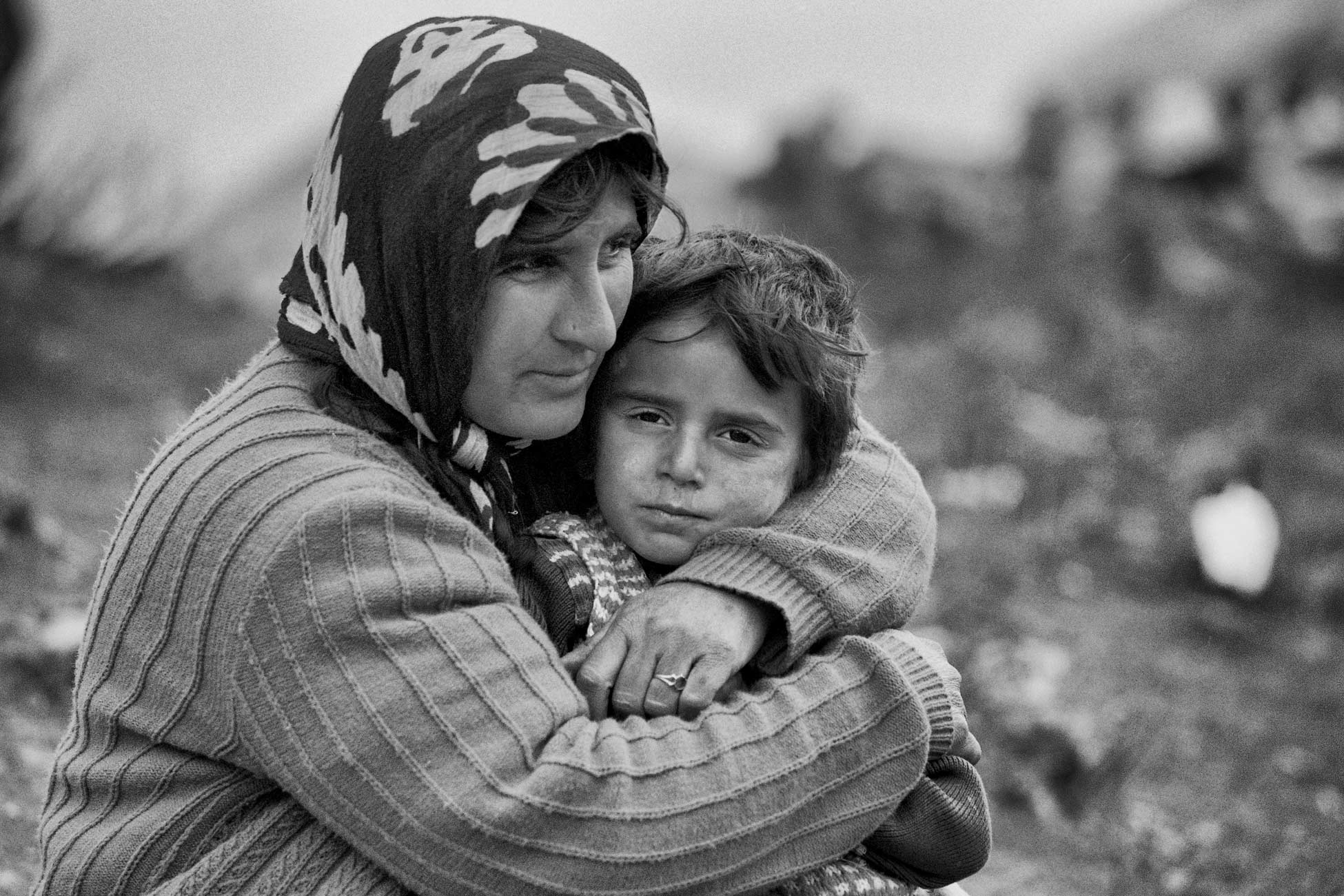 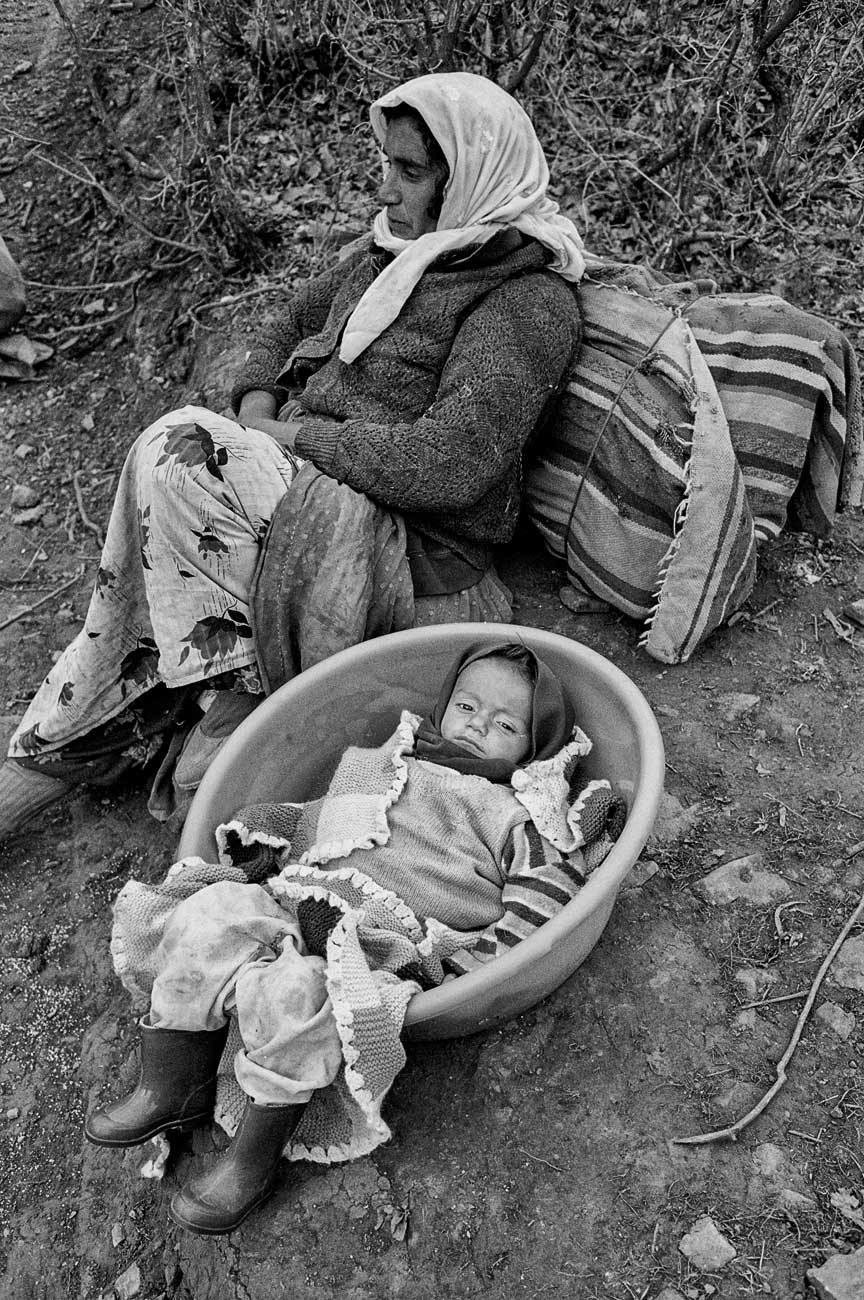 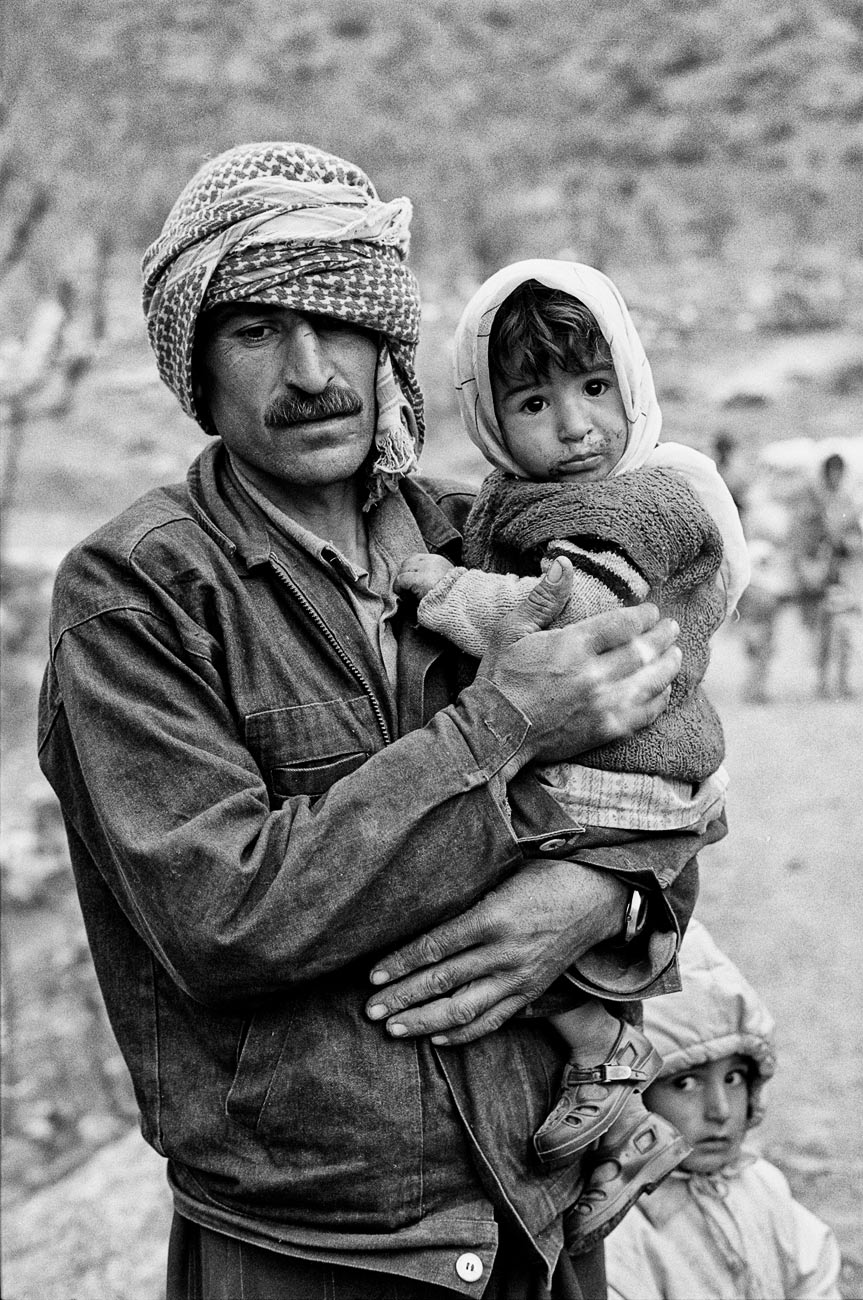 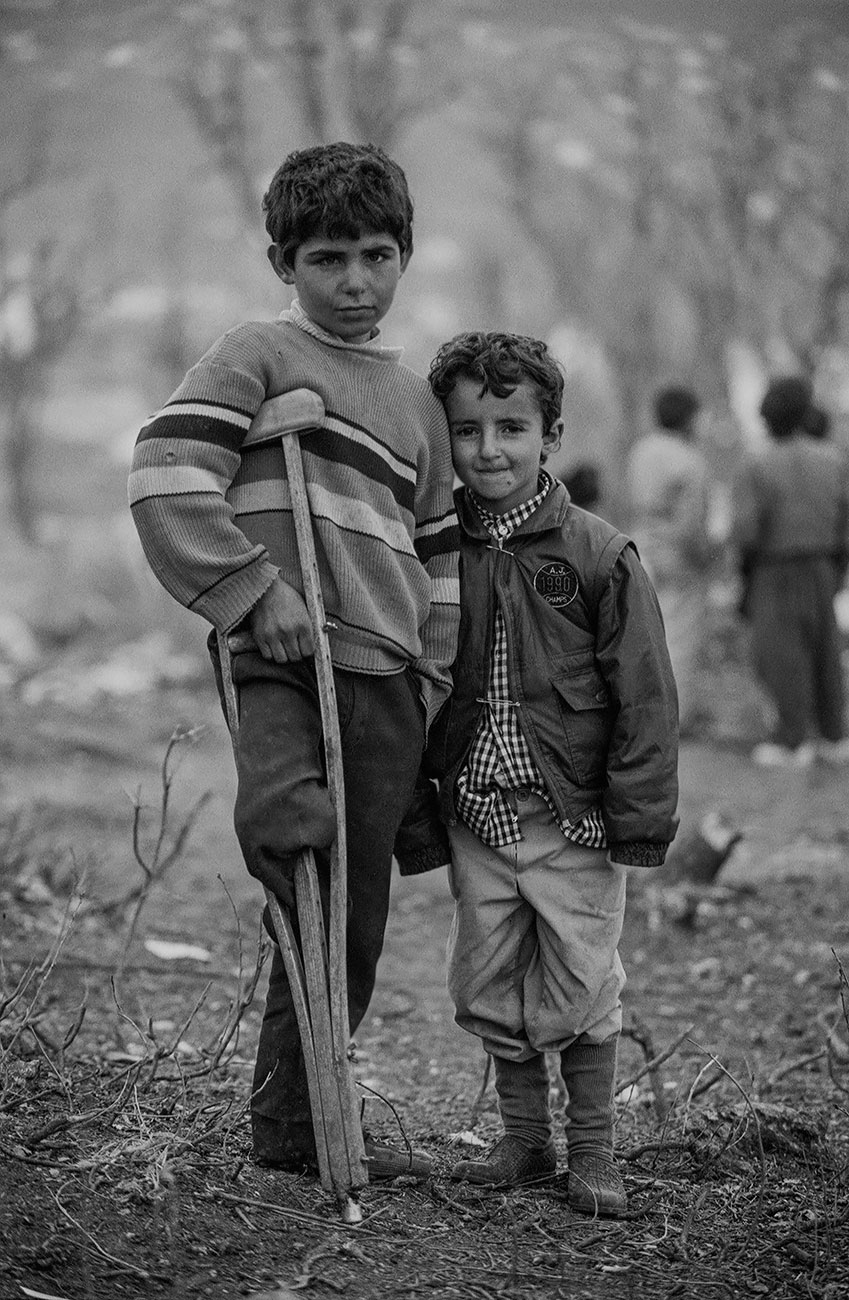 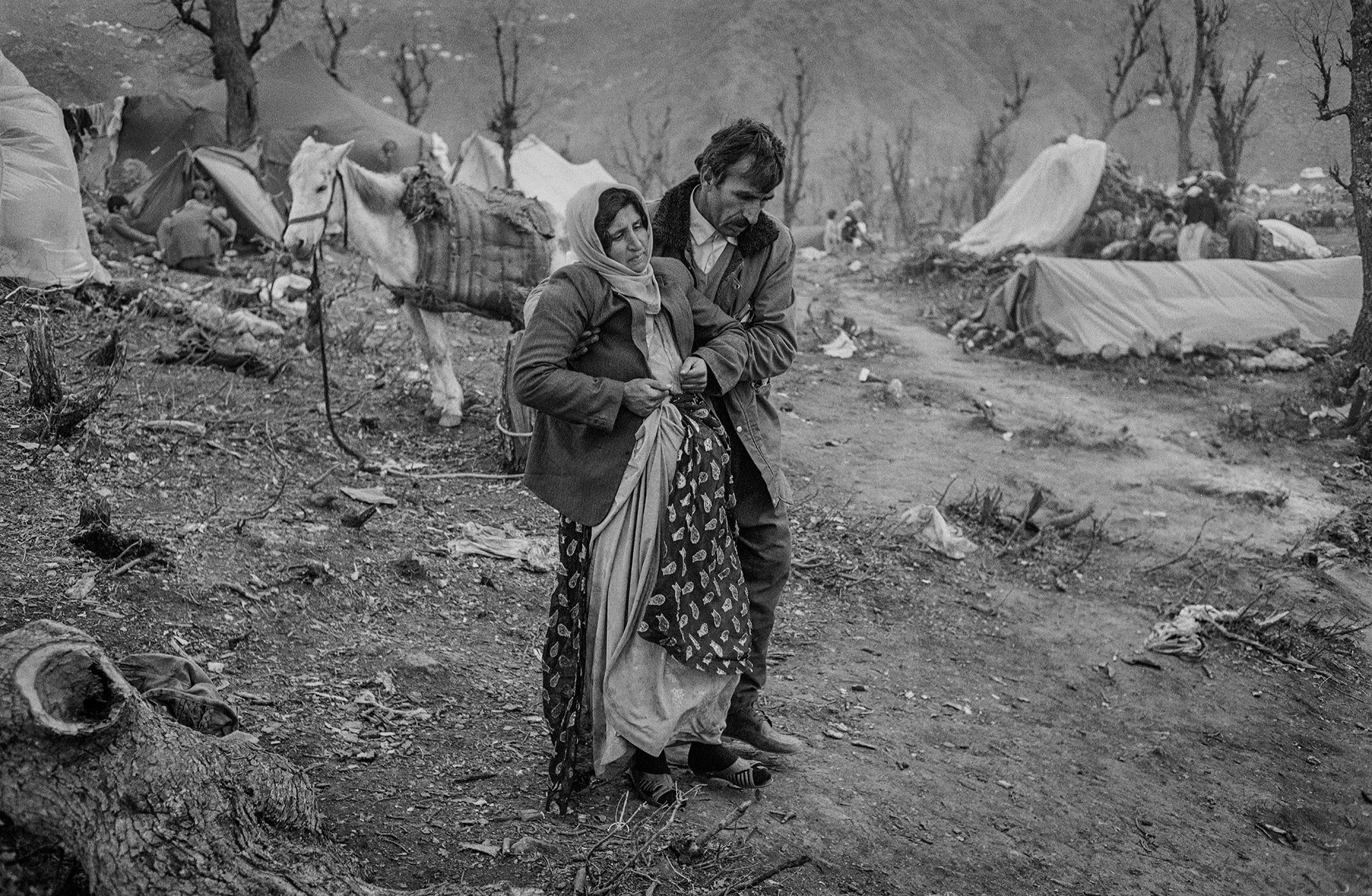 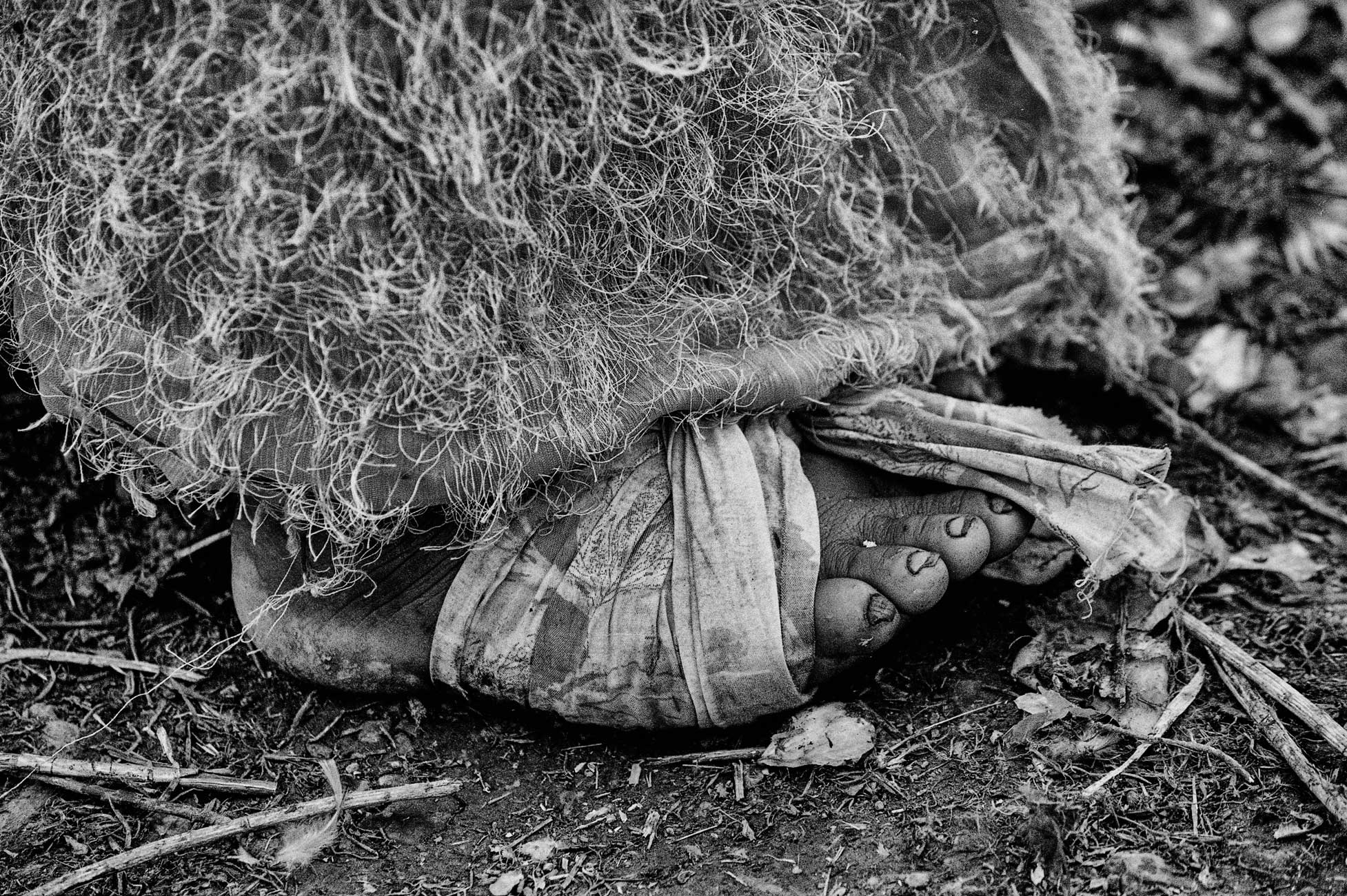 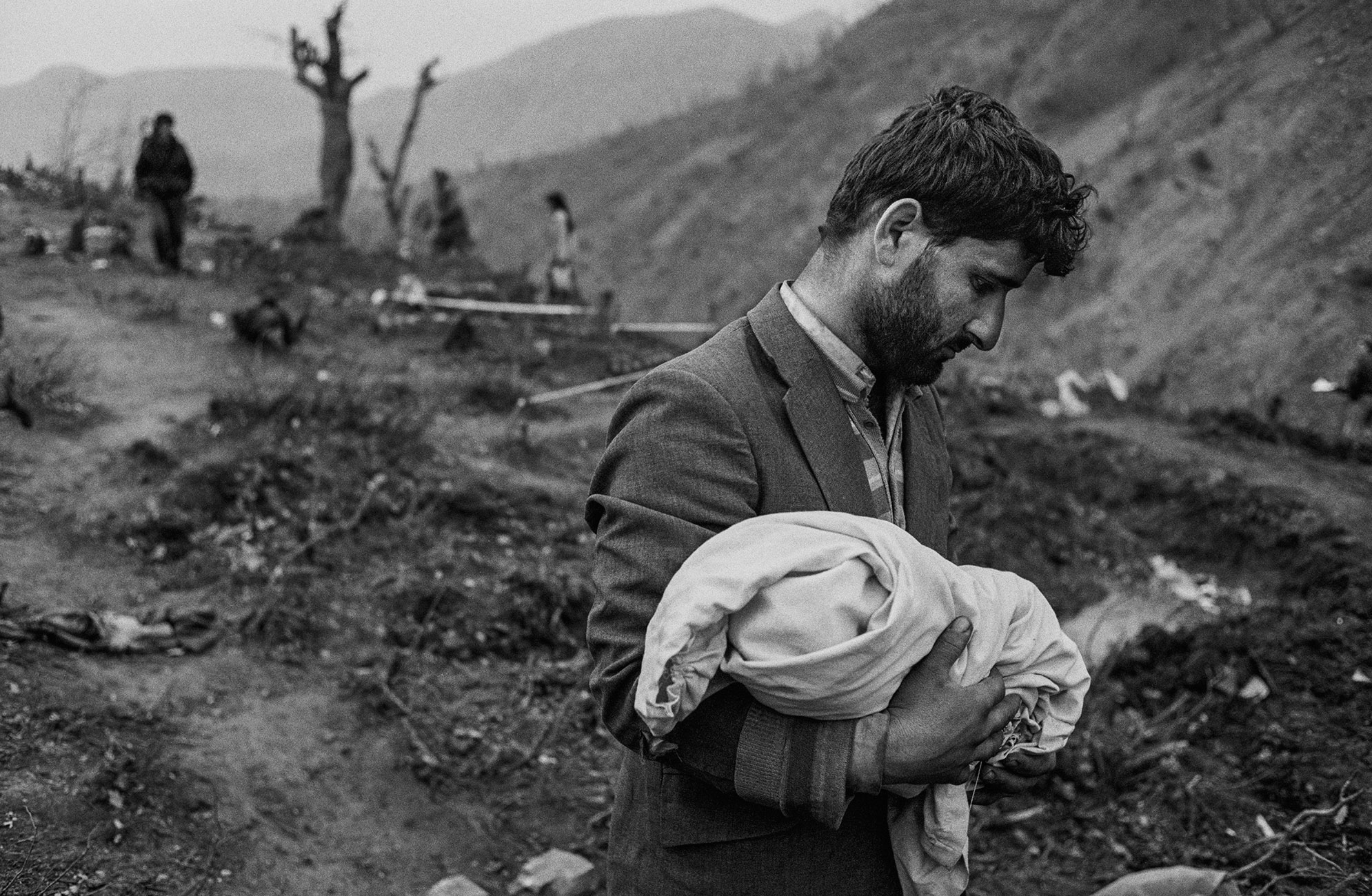 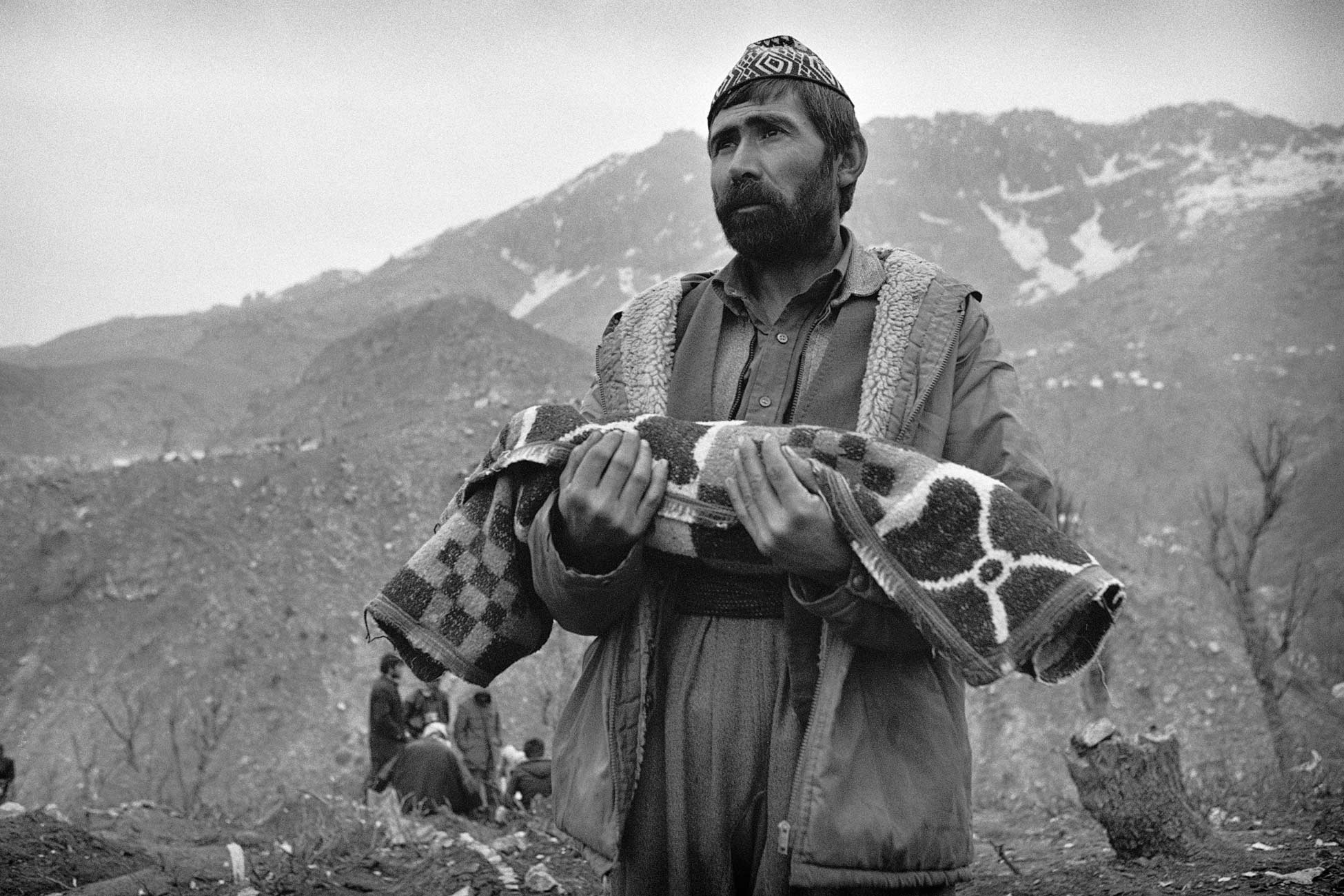 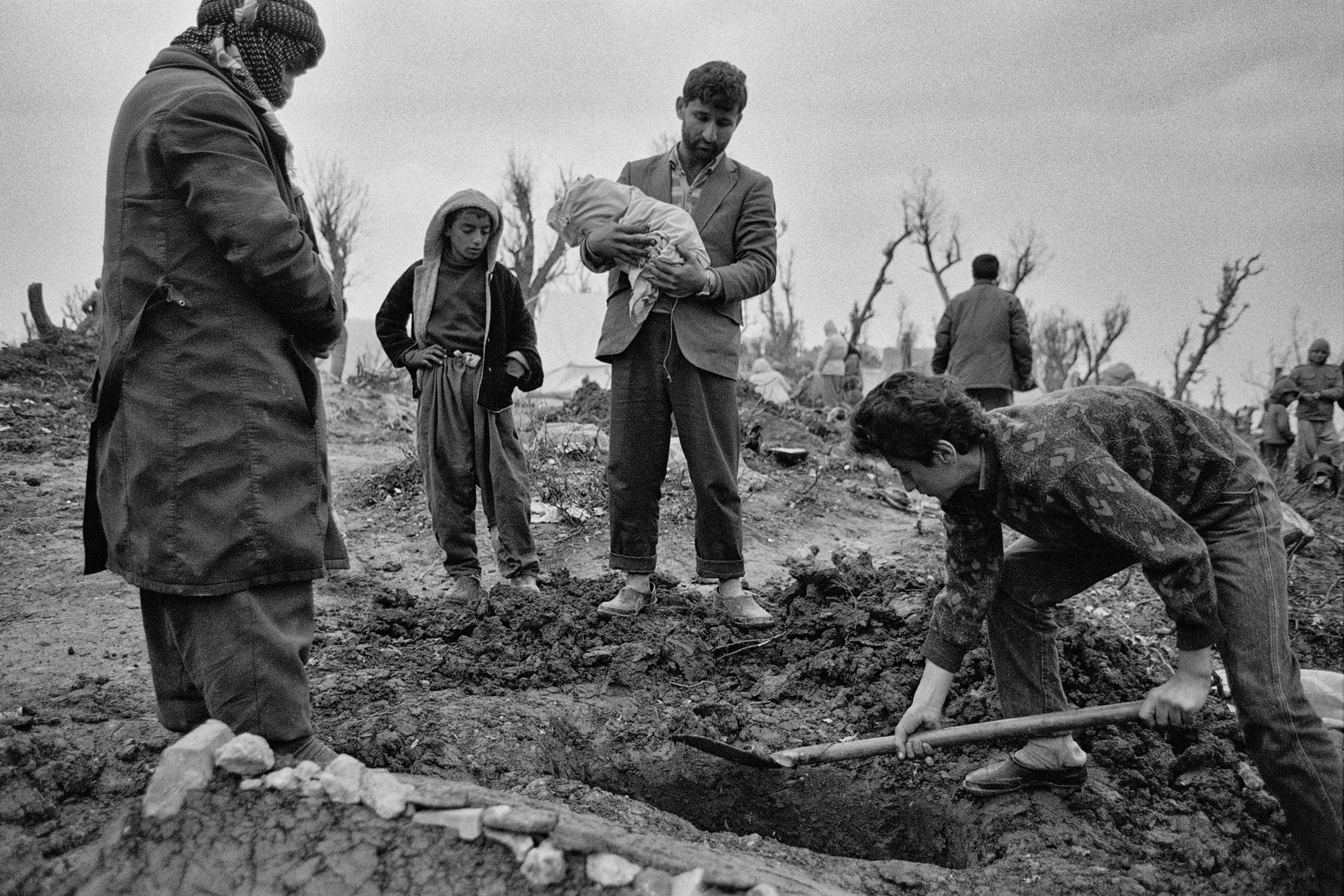 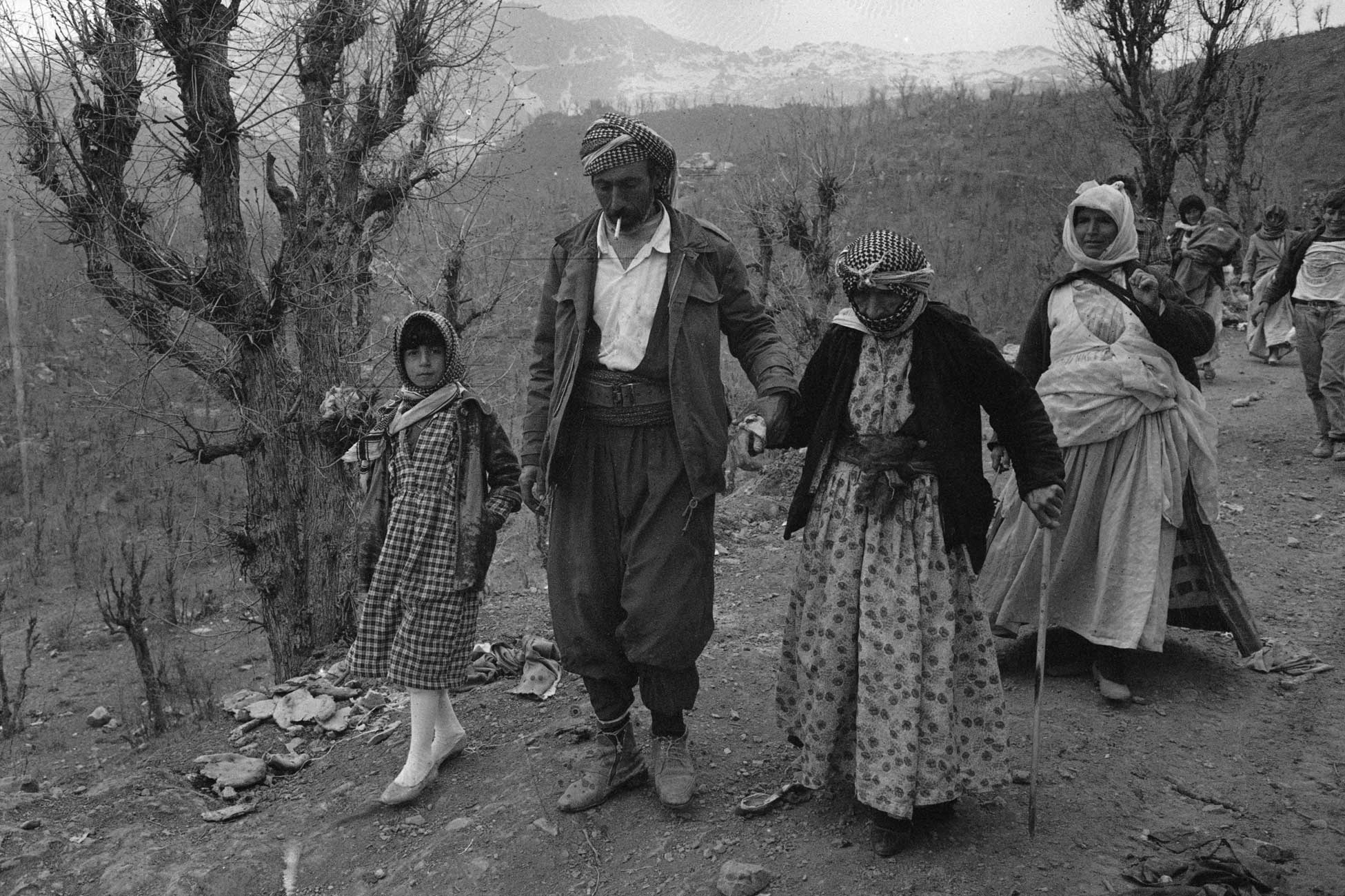 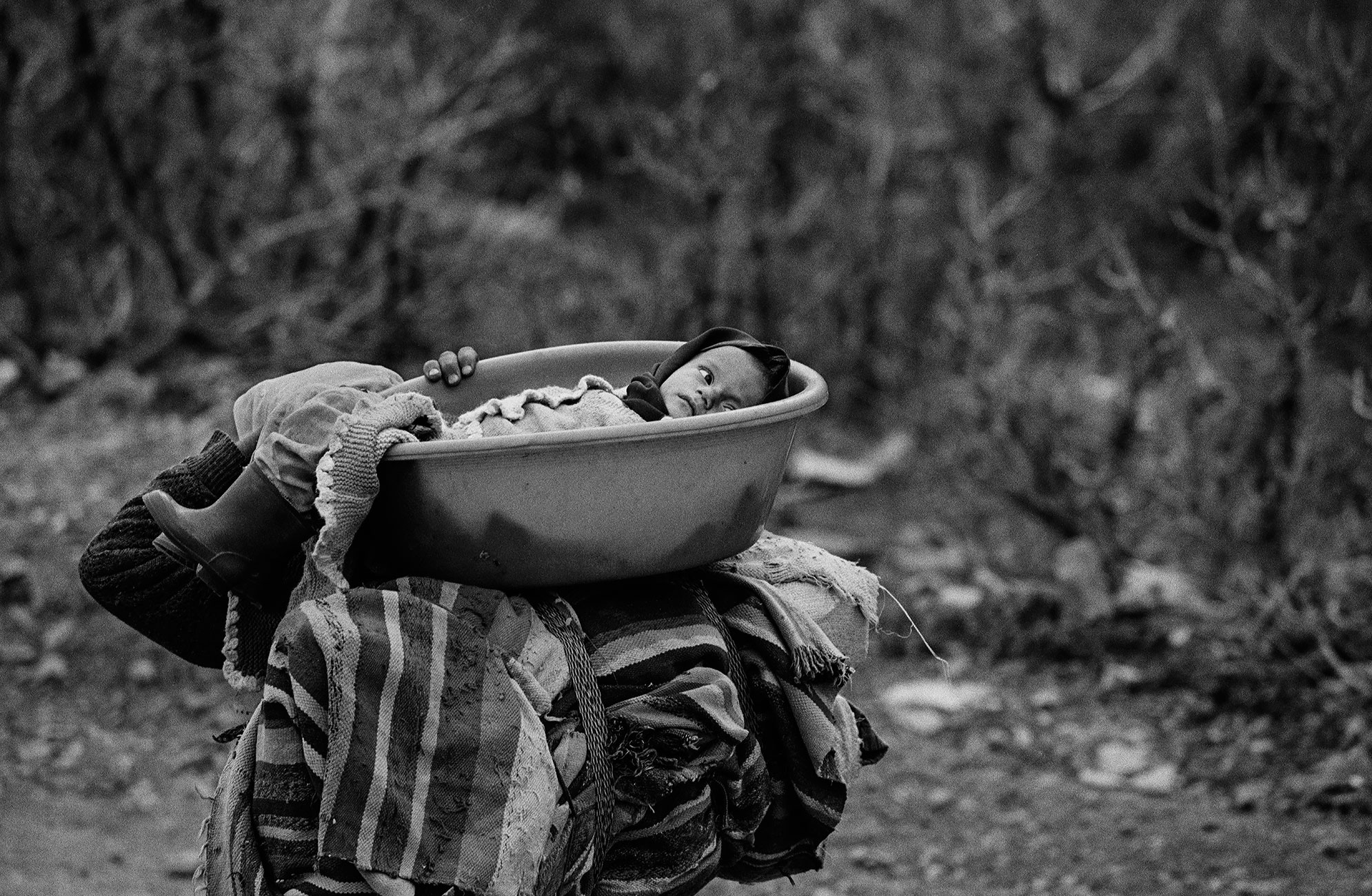 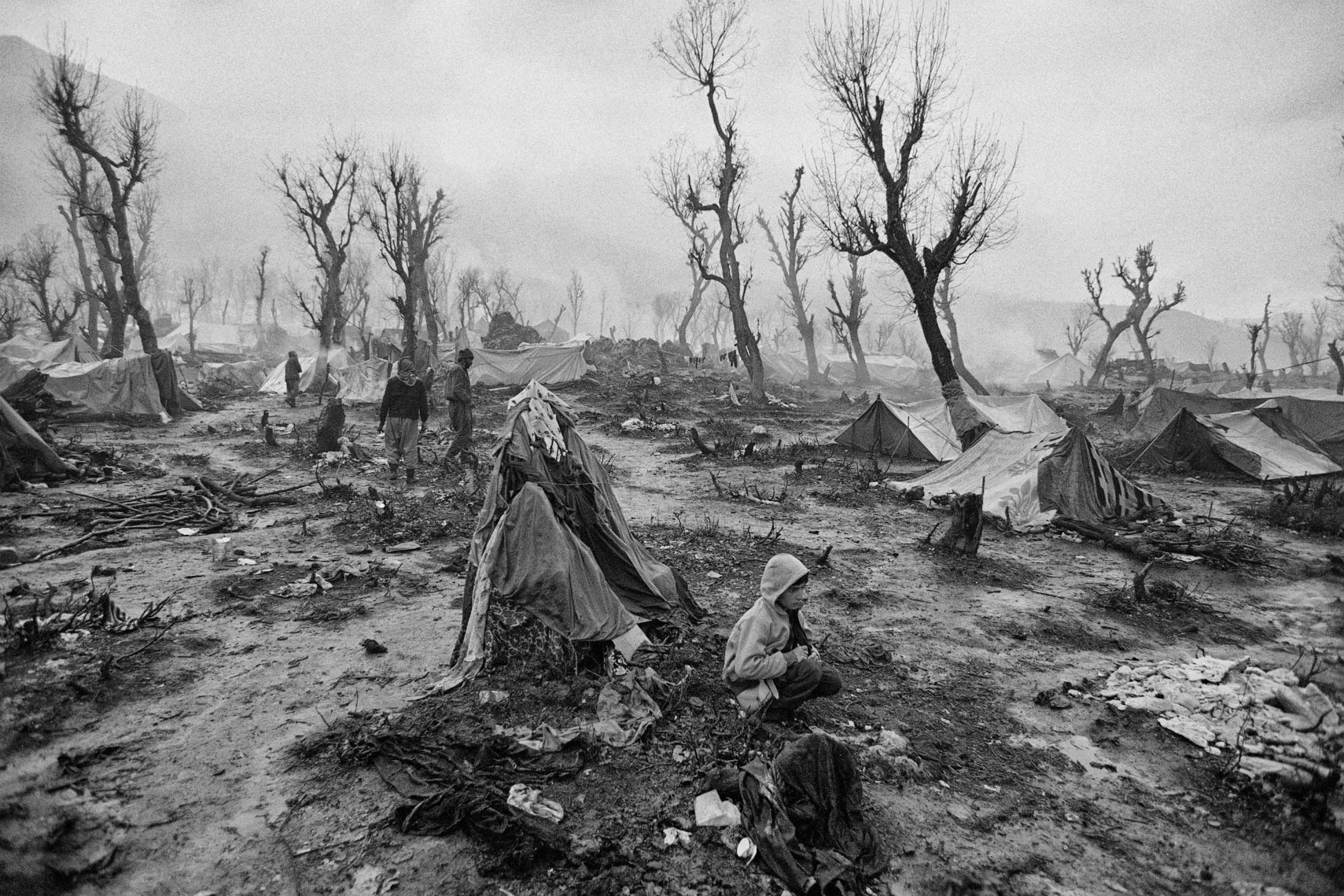 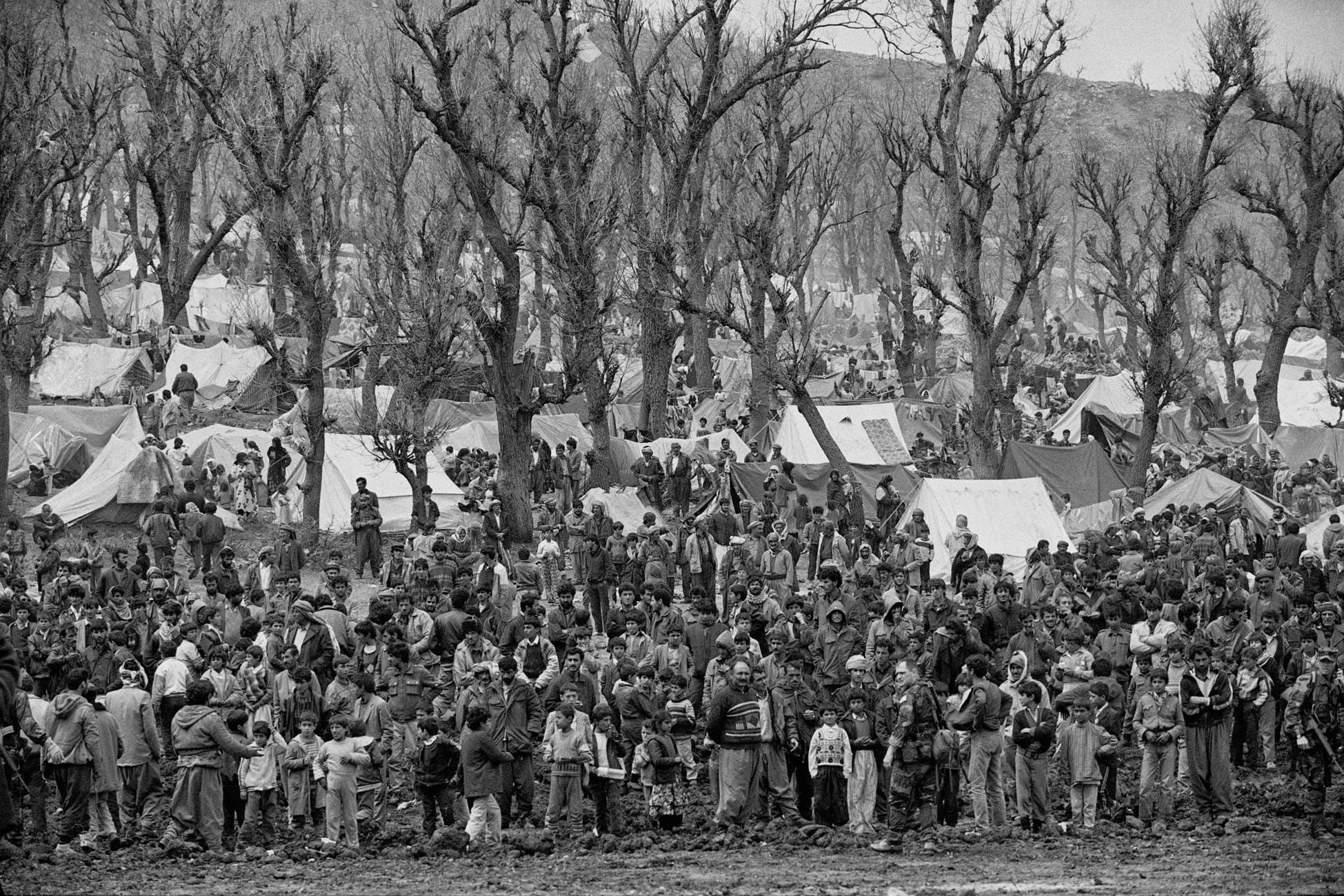 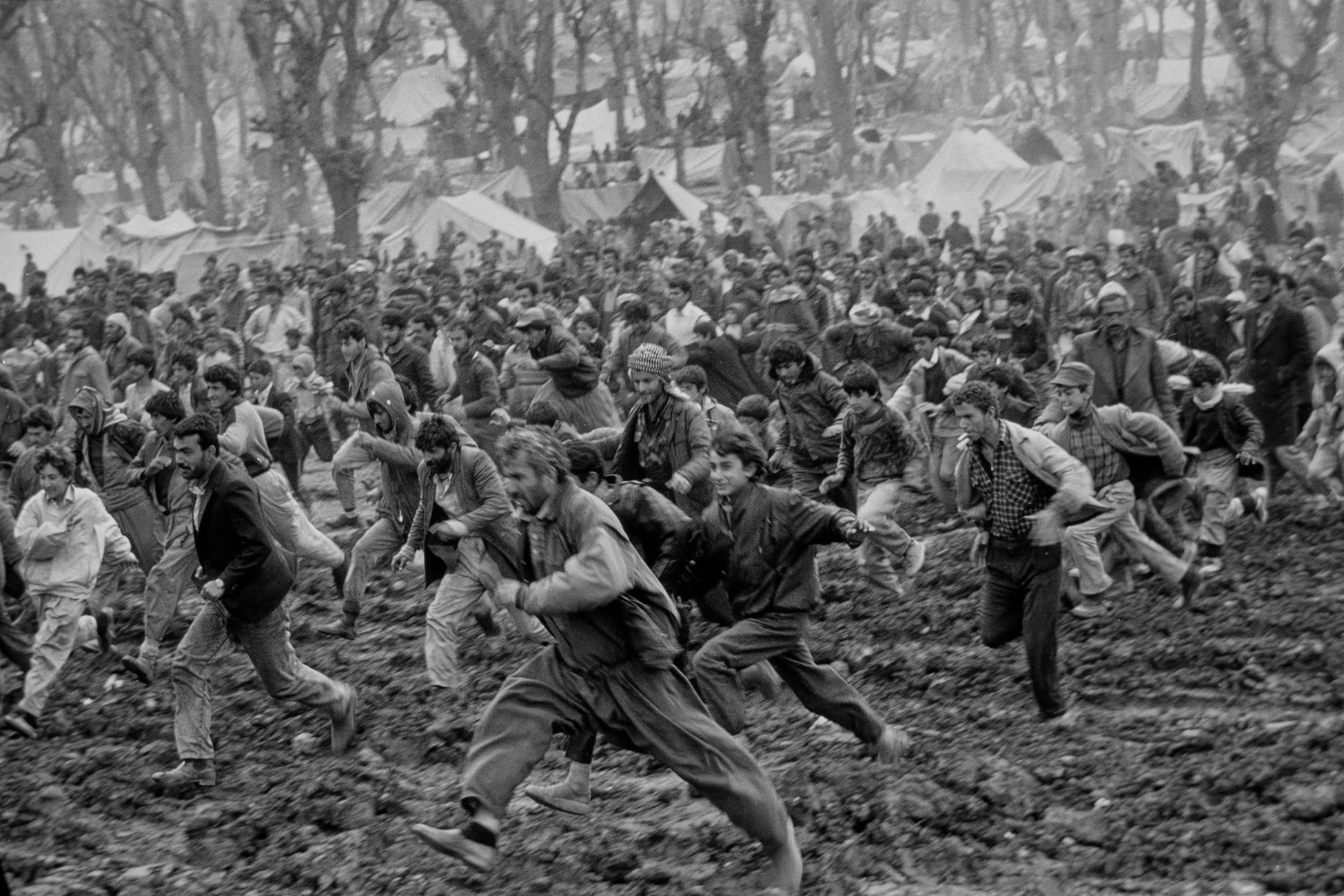 The span of the Kurdish population extends across Iran, Iraq and Syria and have forever been persecuted no matter which country they inhabit. As the allied forces retreated from Iraq after hostilities in Gulf War 1 so were the Kurds forced to flee their northern territories bordering on Turkey while under persecution from Saddam Hussein's Republican Guard.

Their exodus was sudden and chaotic with thousands of desperate refugees fleeing on foot, on donkeys, or crammed onto open-backed trucks and tractors. Many were gunned down by Republican Guard helicopters, which deliberately strafed columns of fleeing civilians in a number of incidents in both the north and south. Those who fled across the treacherous ice covered Zagros mountain range on foot, desperately inadequate equipped for the journey, old and young alike trekked for days only to end up in an apocalyptic barren no-man's land land near the Turkish town of Isikveren where Turkish border guards gave them short shrift as they awaited international aid, which was woefully slow coming. Untold numbers inevitably perished despite the remarkable resourcefulness of these proudly self sufficient people.

For my part, I had returned home to England having spent the entire six months since the invasion of Kuwait by Iraq, the entire Gulf War debacle theatre orchestrated by the Bush administration complicit with Tony Blair's government, disseminating fallacies over the threat of chemical warfare which proved to without foundation. Exhausted by this stint to which I was committed by commission to LIFE magazine the notion of regrouping my energy to return to the region first seemed like a story I could leave alone.

In conversation with my colleague Tom Stoddart we decided to team up and give it a shot. Frustrated by what was six months doing little more than photographing allied forces exercises in Saudi Arabia which produced very few pictures of any particular interest I motivated to at last make work of some historical and humanitarian importance. Despite the best efforts of my agent, Sygma Photos, Paris, these pictures never saw the light of day until very much later in a non news specific context. As documents of the consequences of persecution they stand the test of time.