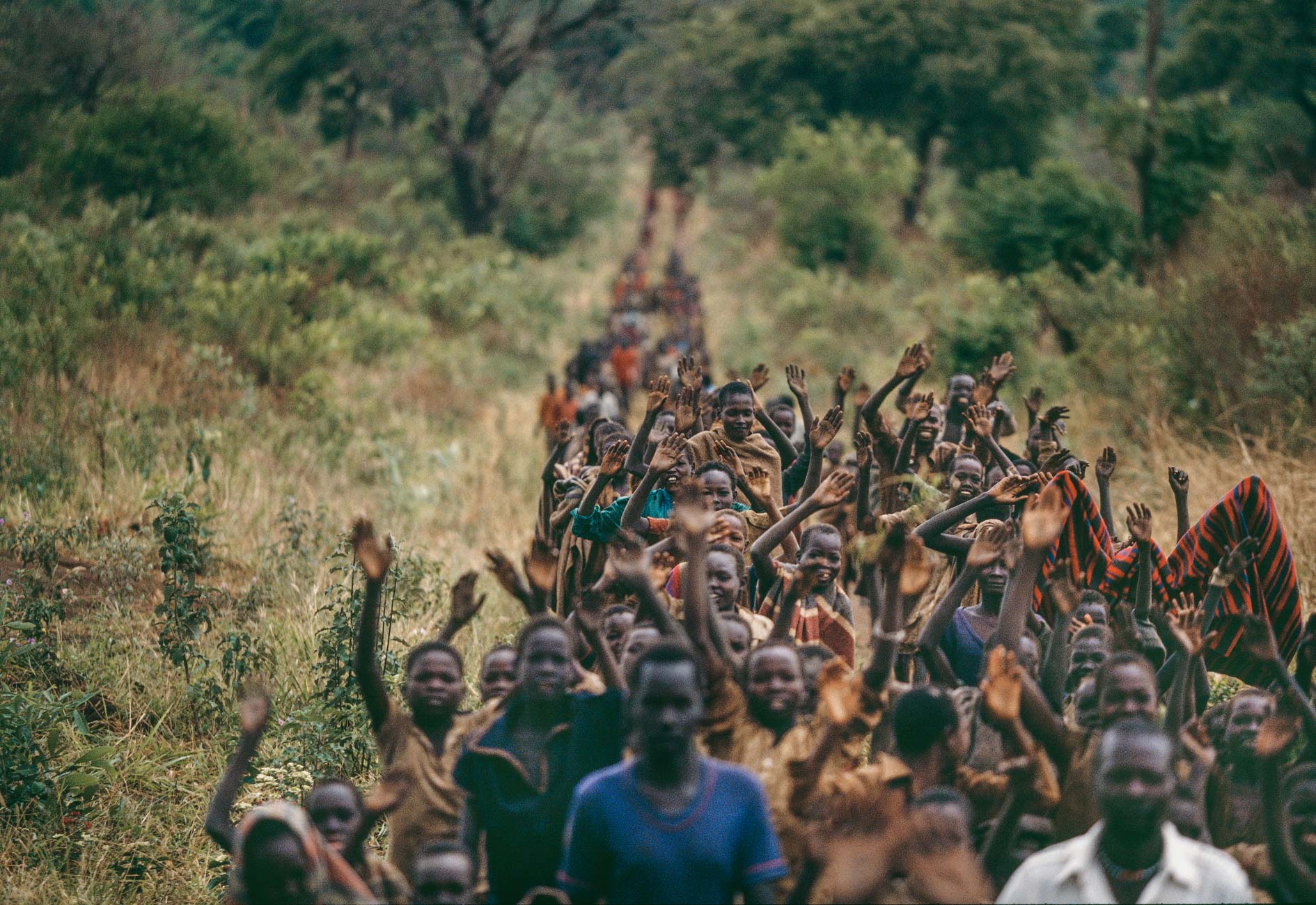 The first of the boys arrive in Palotaka with elders. 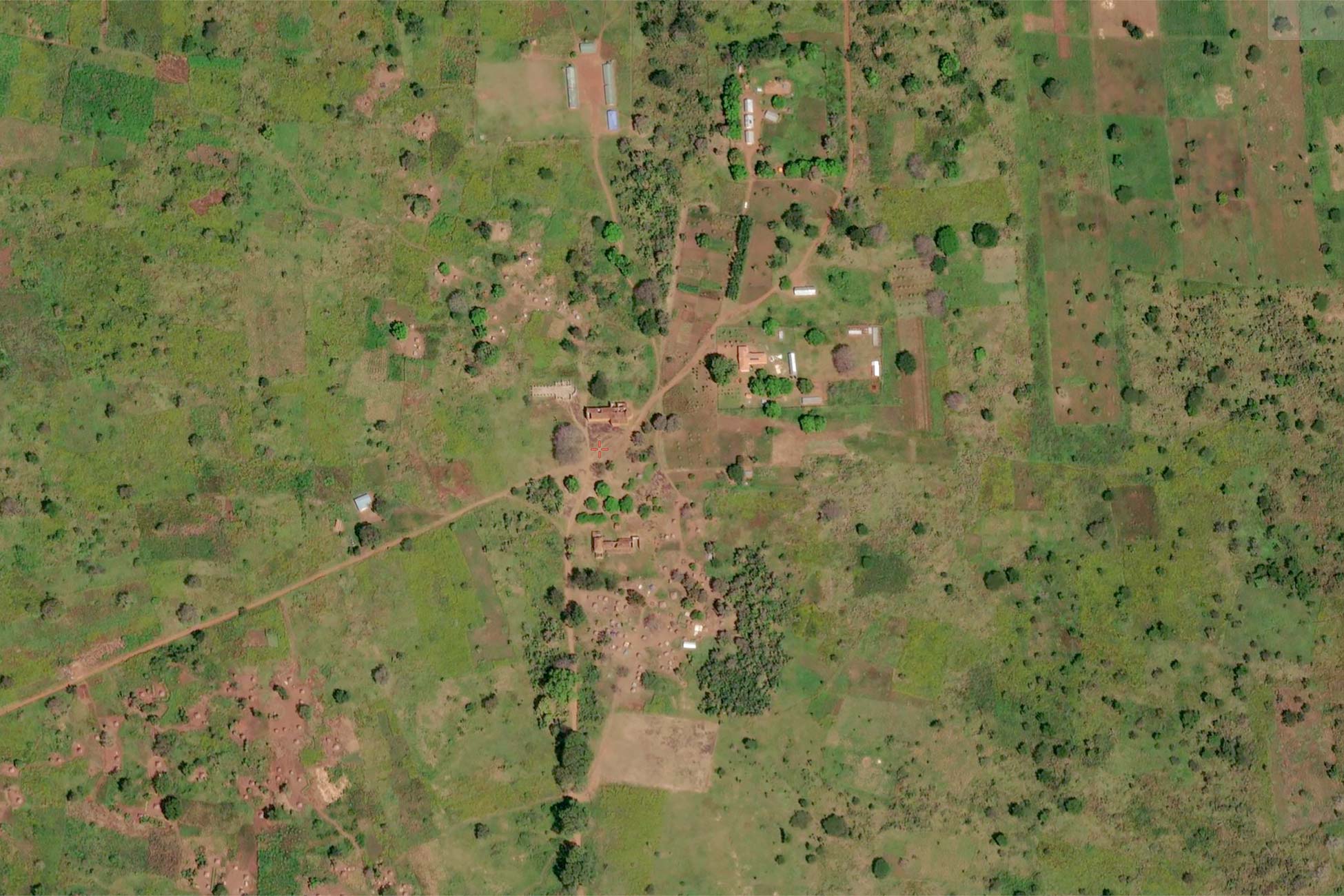 A satellite view of the abandoned town of Palotaka, South Sudan.
© 2021 Derek Hudson

The first of the boys arrive in Palotaka with elders.
A satellite view of the abandoned town of Palotaka, South Sudan.

A call from LIFE magazine writer Edward Barnes out of the blue led me to work on this remarkable story, one that nearly cost us our lives before we even reached our destination which was an abandoned Christian mission somewhere though we still don't know where exactly, in the jungle of the South Sudan estimated at about 100 kilometres from the north Kenyan border.

Ed had heard a report that boys as young as toddlers up to teenagers were fleeing the civil war and travelling on foot southwards to safety in their hundreds. Quite how many wasn't known though we heard that there may be as many as thousands. A story of extraordinary proportions. Teaming up in London we flew on to Nairobi in the hope of learning something more from local news outlets though it wasn't until we reached the northern NGO base of the World Food Programme at Lokichoggio that we realised just what a mission impossible this was going to be.

We learnt the approximate destination was Palotaka and if lucky we might convince a supply truck to drop us there. This proved to be where the danger reared its head when we were held up at gunpoint by a band of men whose only concealment of their modesty amounted to bullet clips they had swathed over their genitals. They weren't messing about either. AK47 rounds cracked into the frail bodywork of this ancient truck forcing us to surrender just about all we had in supplies leaving us with my cameras and Ed's notebook.

A lucky escape. We plodded on at the 10 kmh per hour the track allowed. Interminable hours passed until we reached a clearing and there as if divine intervention had coordinated the meeting were a column of boys dressed in rags pouring out of the savannah. Chaperoned by some elders they set about making the long since abandoned mission buildings their home from home. We watched these boys in awe as they scavenged whatever they could from the surroundings until they had built a working camp. Sickness was rife; malaria, jaundice and terrible fever had taken their toll on the weakest. We could do little other than document this in the hope of bringing the situation to the attention of anyone who would listen.

These few images were published shortly later in LIFE magazine then circulated in magazines across Europe after which many of these boys were brought outside aid to continue their survival.